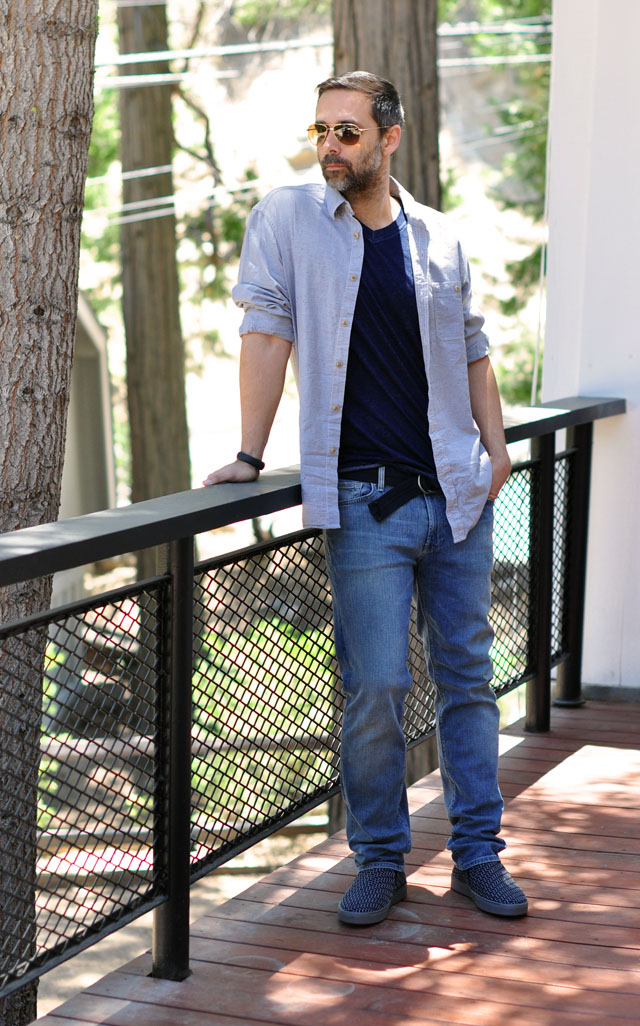 * Navy Joey V-Neck T-Shirt by Onia
* Slim gray button down shirt
* Austyn Jeans by 7 For All Mankind
* Canvas belt… Similar navy/anchor ribbon belt by Thom Browne
* Nike+ Fuelband {bracelet}
* Kent slip on sneakers {on sale now!} by Rag & Bone
* Benedict Polarized Sunglasses by Oliver People’s Eyewear {he’s had these for a while… they’re his faves and the same sunglasses Bradley Cooper wore in The Hangover movies}

A the beginning of 2011 when I finally got my Nikon DSLR Camera {and prime lens} to shoot my outfits photos with, the husband became my photographer. Up until then, I used a powershot camera, usually set on a timer on the edge of my car somewhere in the LA canyons on the way home from work {or sometimes at work}, and I would snap my own. Admittedly, my photos became better over time as we both mastered the DSLR camera & lens {settings, lighting, etc.}, sometimes begrudgingly on his part.

But now the tables have turned and he’s become my model not only to style but to shoot as well because we’ve partnered with East Dane, Shopbop’s awesome menswear boutique, to bring you the ultimate in menswear… in outfit posts once or twice a month featuring the husband of course!

Over the years, I’ve sort of become his personal shopper anyway, because he doesn’t make a huge effort to go buy clothes for himself unless he really needs new t-shirts or sports shorts. But considering when I met him he lived in oversized football jerseys, his style has definitely evolved over the years, but not because I’ve ever pushed him to. I’ve eased him into new silhouettes, like slim{mer} fitting jeans and pants, and less bulky sneakers, but he definitely will not wear items he doesn’t like. I think he’s proud of his easy, casual style now and I think he may be just as pleased to work with East Dane as I am.

I’m pretty excited about this new addition to the blog because man style is important too, and so is the man in my life… and hopefully he won’t grow tired of being on the other side of the lens, because he’s so cute 😉 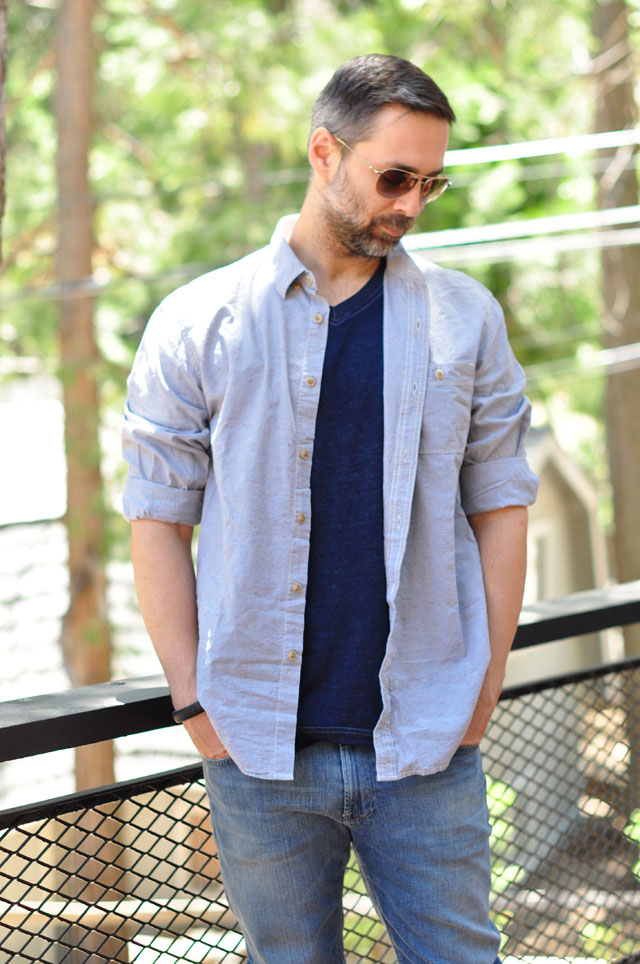 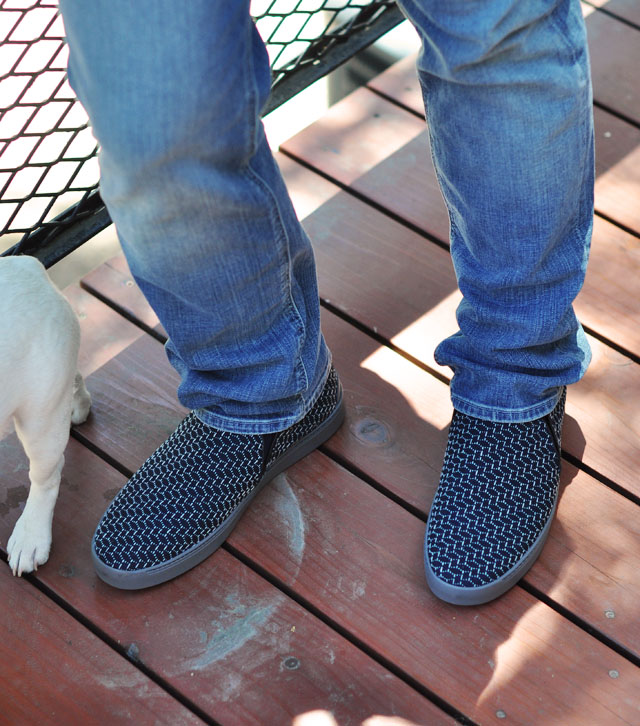 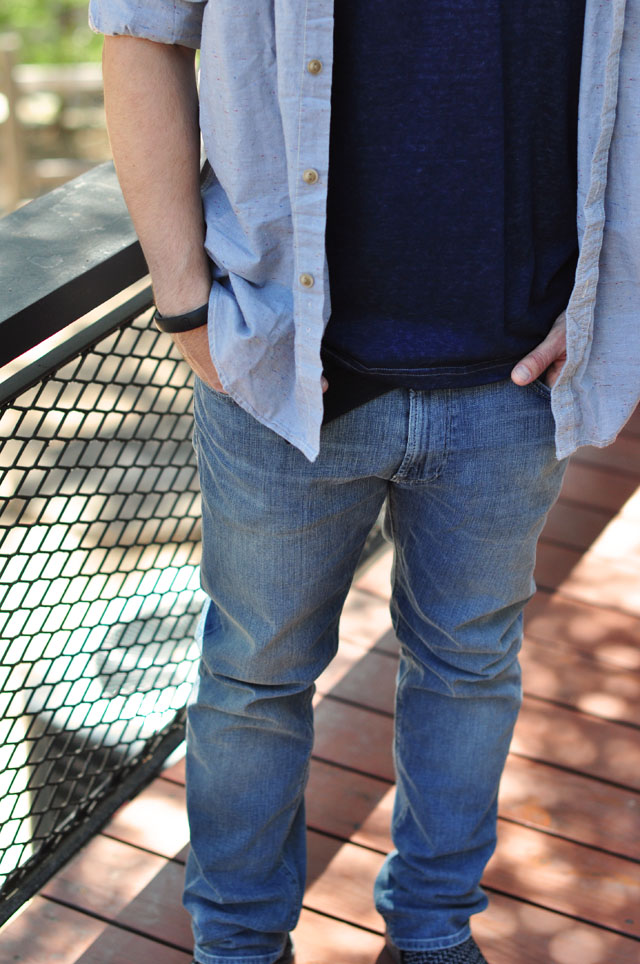 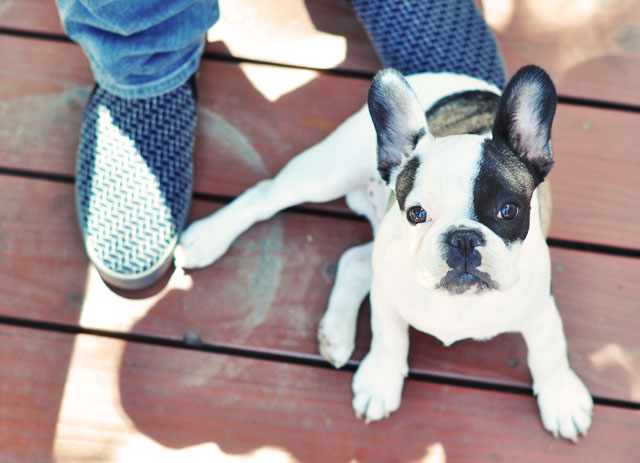 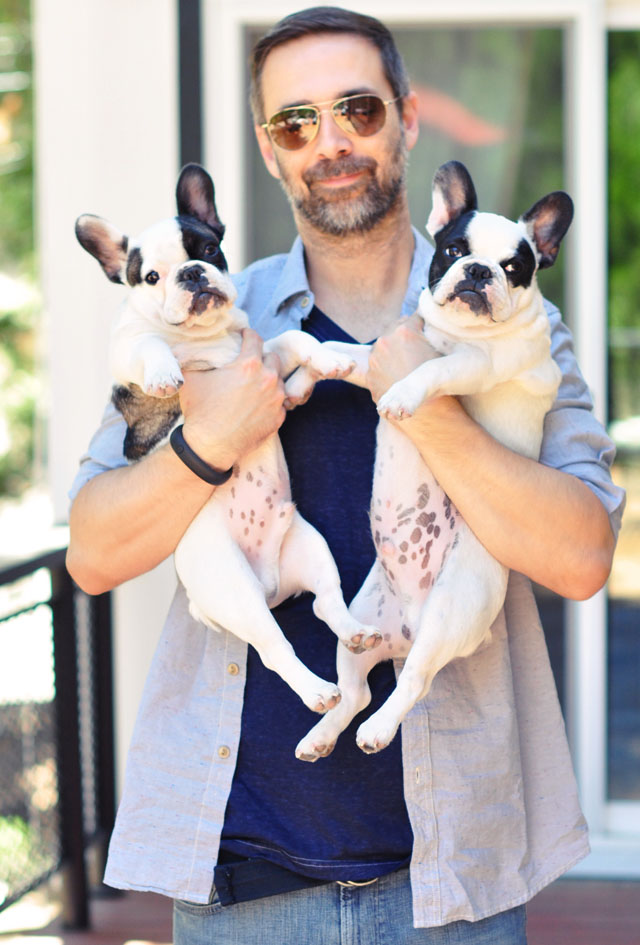 East Dane is the men’s division of my favorite online boutique, Shopbop ~ who BOTH happen to be having major sales right now and by using sale code 25MORE at checkout you can jump in on the savings too ~

Are you as excited as I am for a little more man style here every once in a while?

Stealing from the Boys | Shopping the Menswear Sections

Now I’m not saying these sweatshirts are particularly feminine, but what I am saying is that if you’re not checking out the menswear sections…