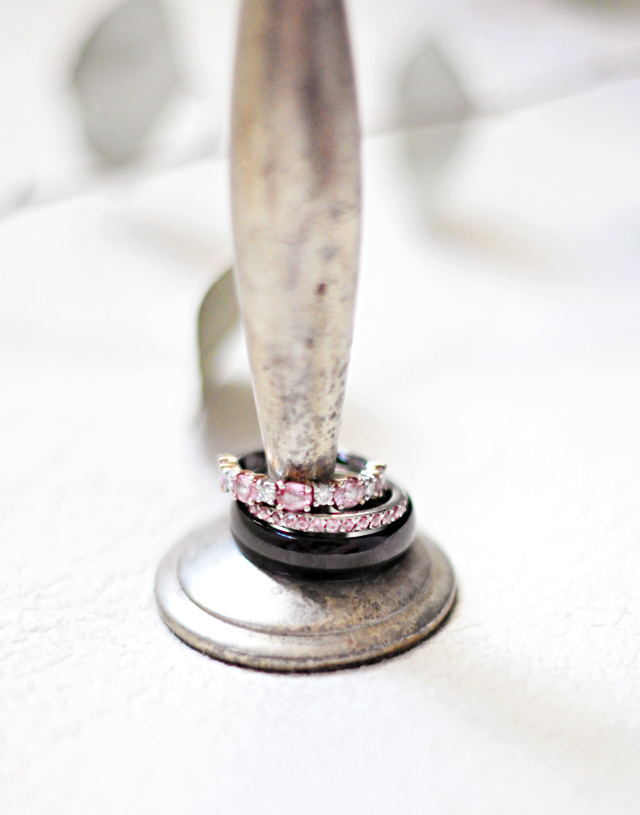 It’s a week after our 5 year wedding anniversary staycation at the beach and I’m missing the ocean and cool beach weather more than I normally do after leaving the beach. It’s just such a different lifestyle, walking everywhere and seeing the infinite blue waves every day… though a vacation mindset doesn’t hurt.

As I mentioned a few months ago, the husband and I met with Cynthia Wolff {our friend and jewelry designer extraordinaire} and I chose two new rings as anniversary gifts {yes, I am a lucky lady} and not so much to replace my engagement ring but to interchange them all because it’s fun. I chose a simple infinity band in white gold with pink sapphires all the way around and a gorgeous one of a kind ring with diamonds and pink tourmalines {I think? the pink is paler in person} set in white and rose gold and had to wait months to lay my eyes on them again because the husband hid them from me.

I got him a new ring as well, which may not be visible in the first photo, but it’s a solid black band made from Tungsten, I believe, and he loves it. In actuality, we wanted to get him a black band from the get-go but they were even harder to come by in 2006 when we got married than they are now. Since the traditional 5 year wedding anniversary gift is “wood” I found some amazing cologne by DSquared called He Wood that has is oddly enough set in a wood frame. It was a perfectly fun “wood” gift because in spite of my uber sensitive nose smelling abilities, the husband LOVES cologne.

He made reservations for The Penthouse restaurant at The Huntley which has an amazing view of the city as well as the ocean. Our drinks were divine. The food was impeccable. We tried 3 desserts which were all to die for and the cappuccinos were perfection. We were lucky enough to get in just before sunset on one of the most insanely crazy nights ever. I know I sound a bit dramatic but in 90degree weather, I don’t normally expect a lightning storm! First the skies clouded over and became rather dark on one side, then a huge rainbow appeared and the sky turned fire-pink and when night fell, a lightning storm zig zagged through the sky {I squealed when I captured a bit of electricity on my iphone}. We had the most amazing view of nature’s show that evening, the staff were crowding around our corner to see it.

It was a wonderfully lovely way to celebrate our 5 year wedding anniversary. 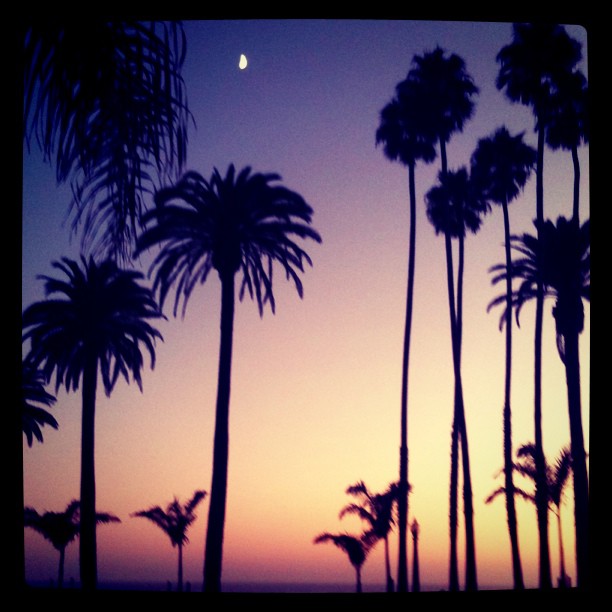 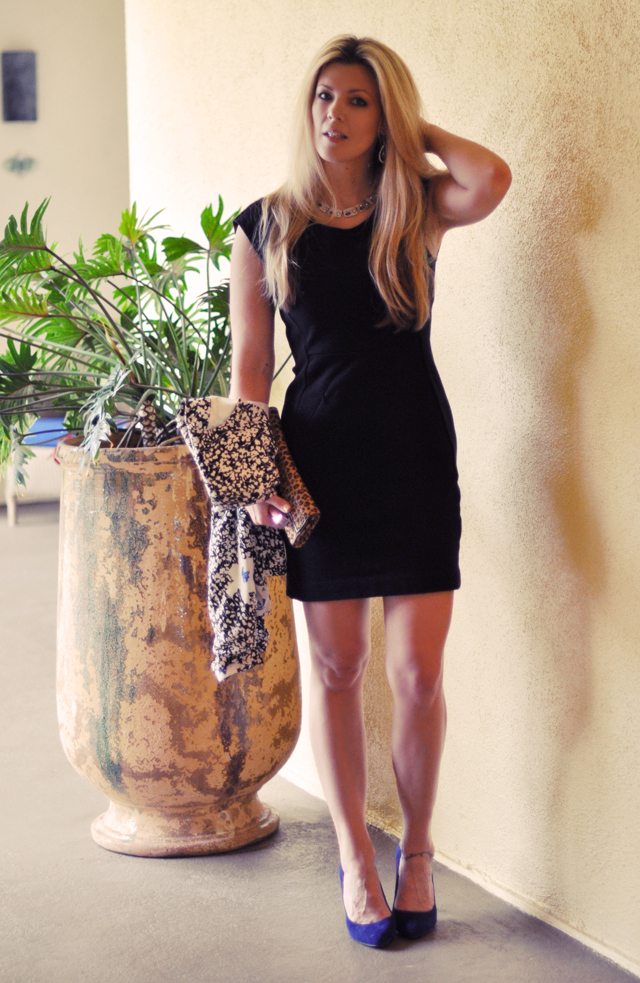 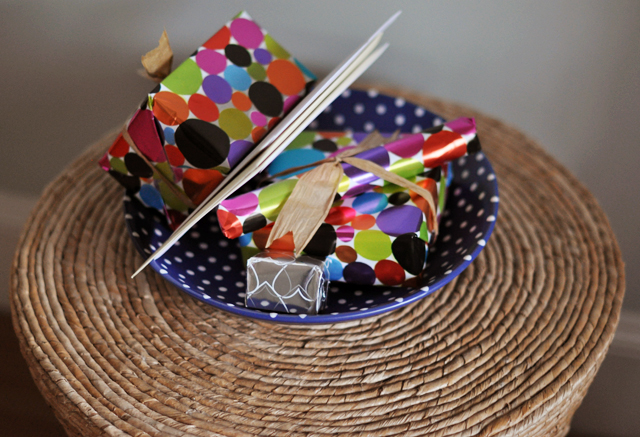 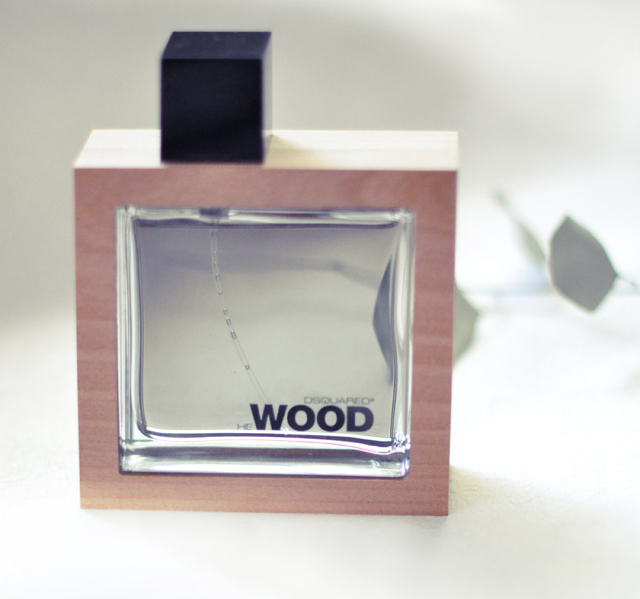 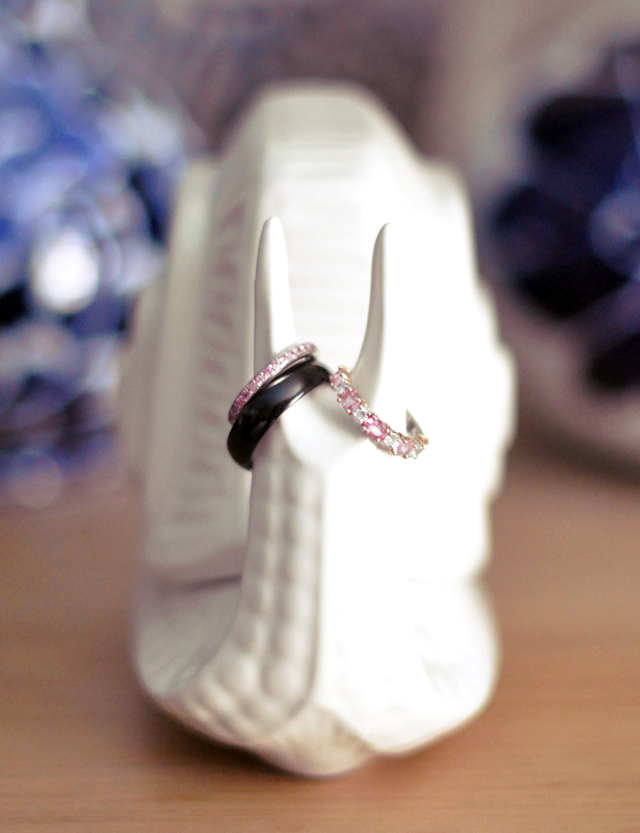 * See the ring here in a magazine editorial they are not so “pink” in person, much more pale… on the Jonathan Adler snail box I bought from the hotel. 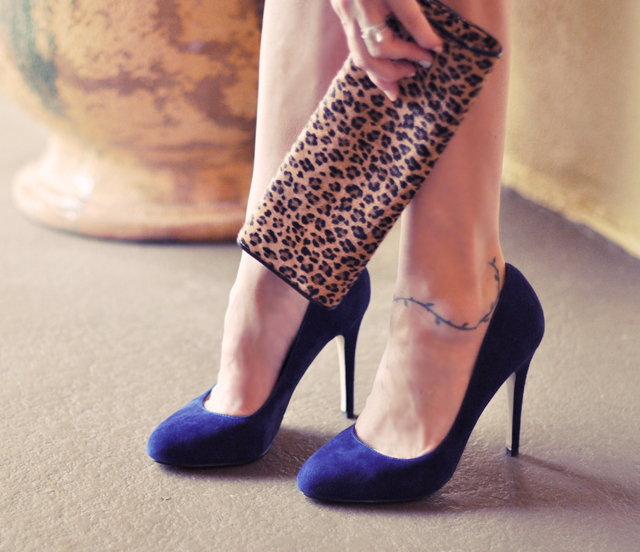 I’m wearing… Little black dress by Shipley & Halmos {seen here} vintage cropped print jacket with blue suede pumps from Aldo. I wore the vintage 60’s necklace that I wore when we got married and drop earrings and my leopard clutch. 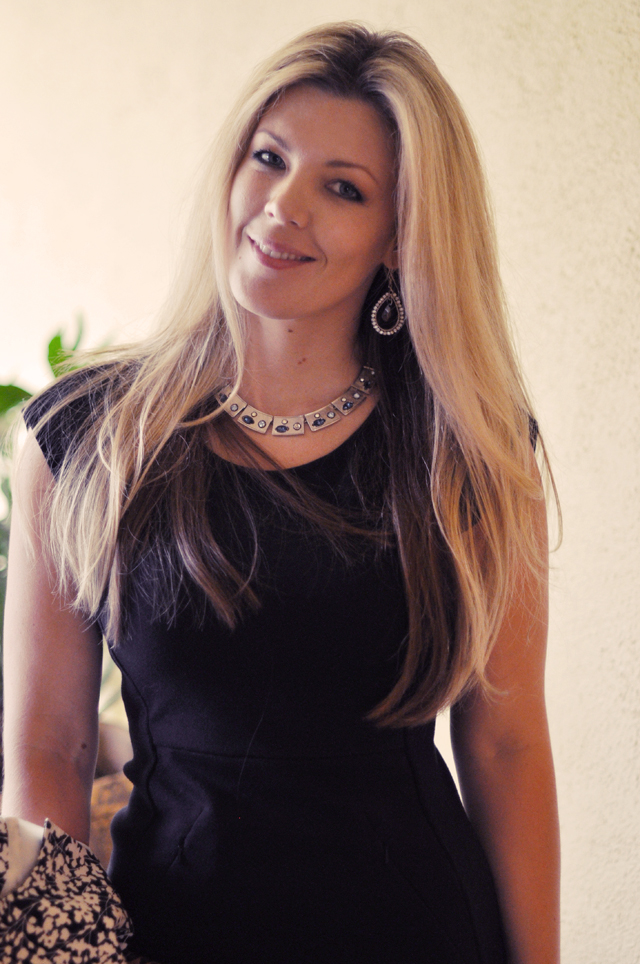 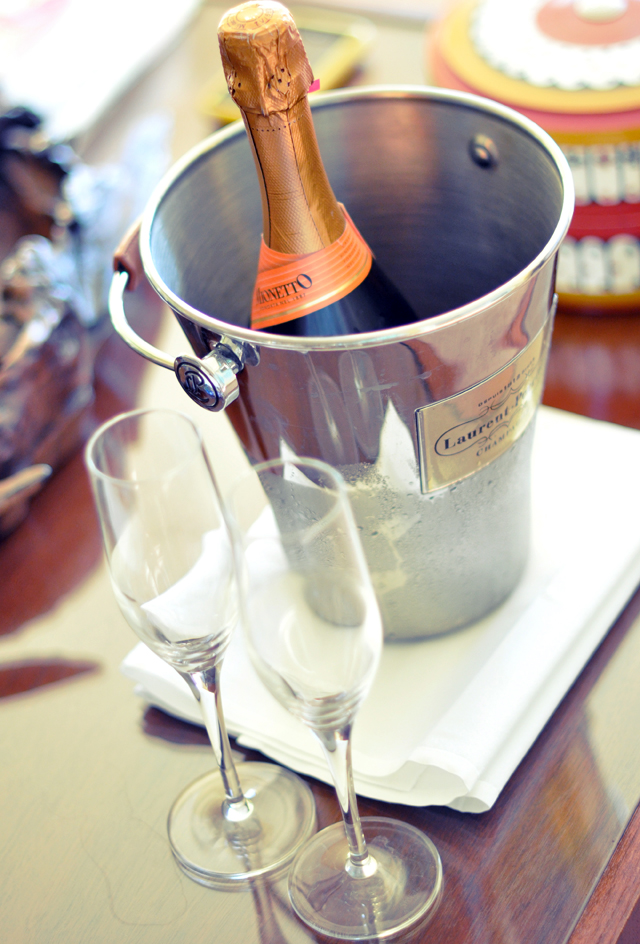 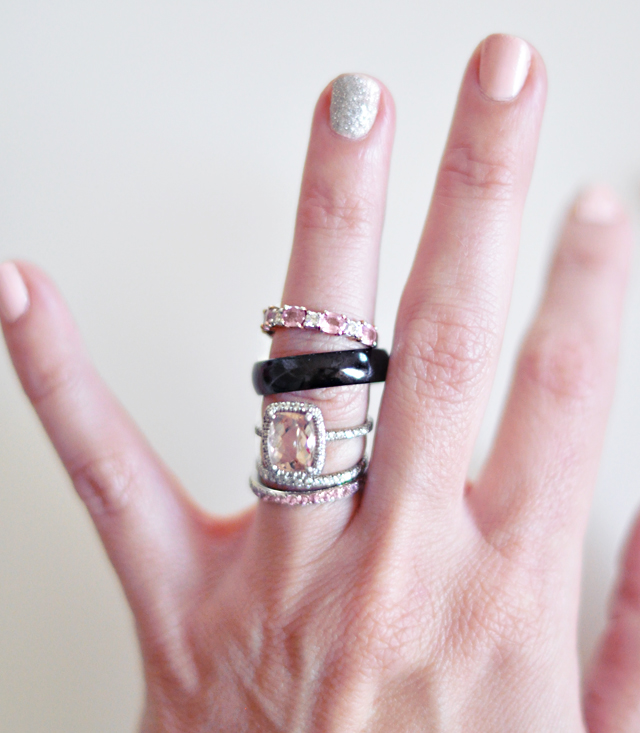 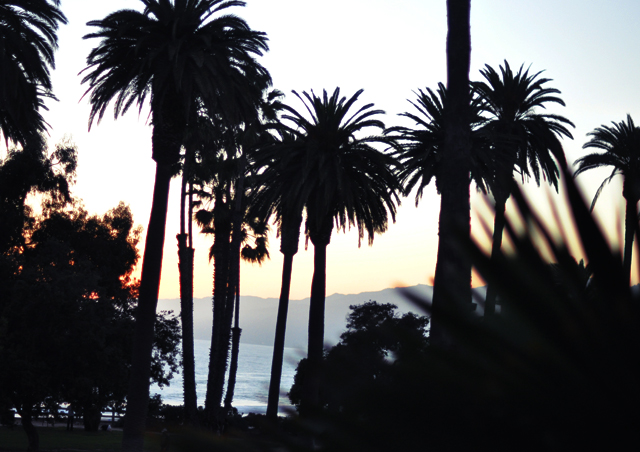 Couldn’t bother with my Nikon so I used my iPhone/Instagram for photo documentation. 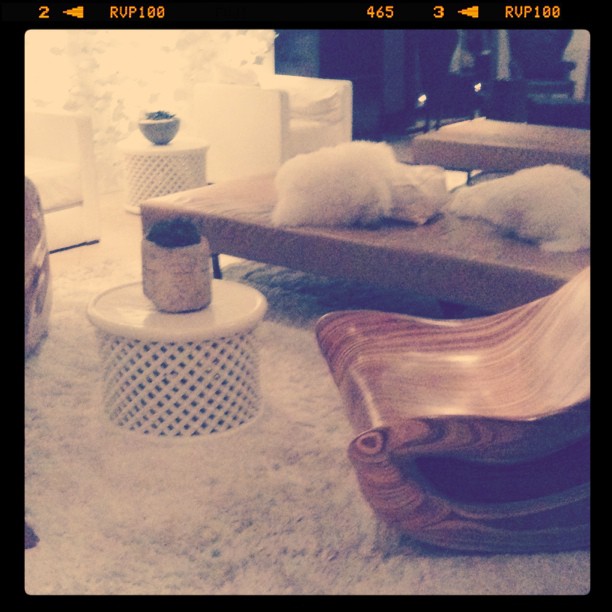 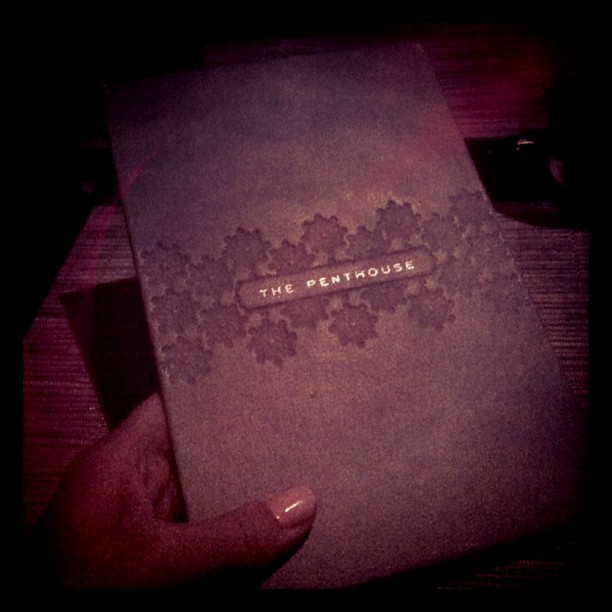 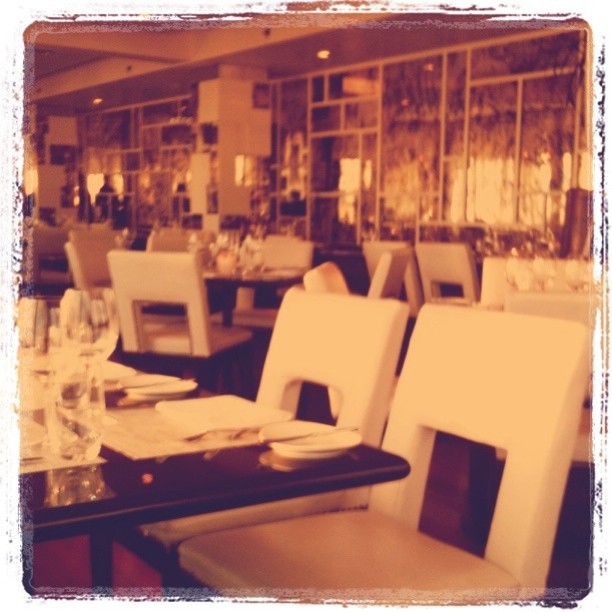 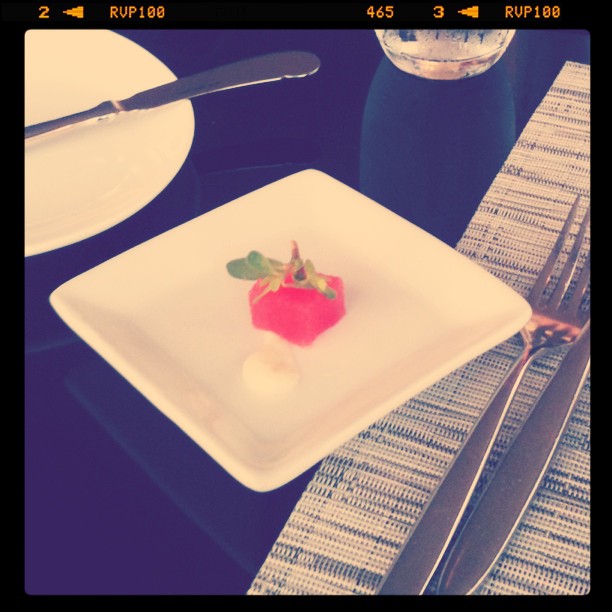 * a square of watermelon w/lemon sauce, complements of the chef *giggle 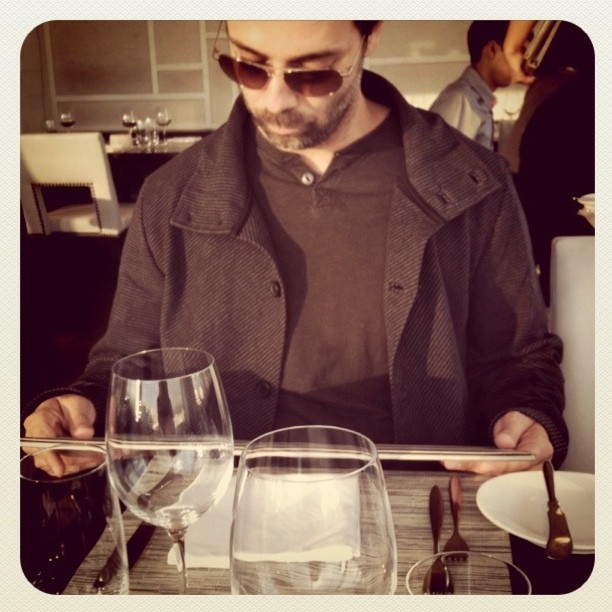 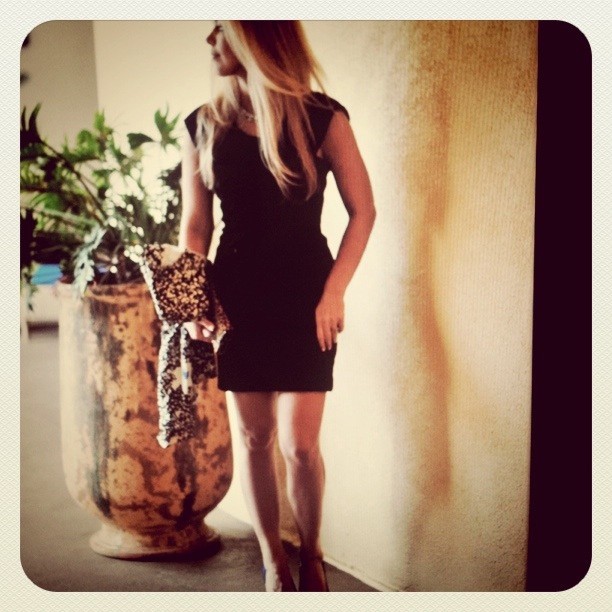 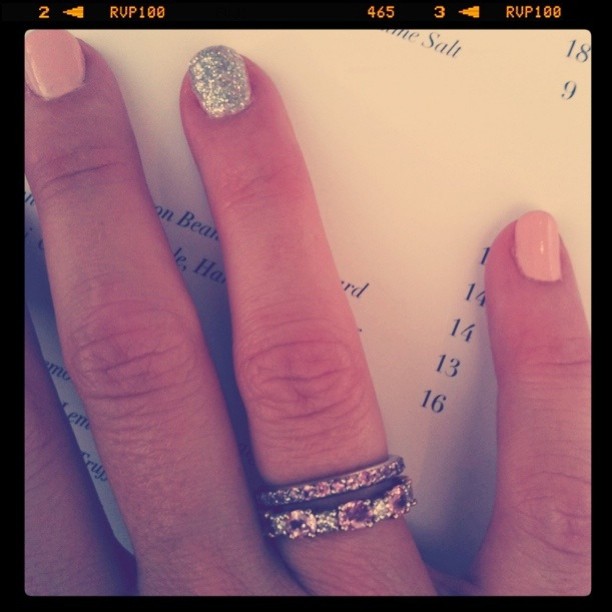 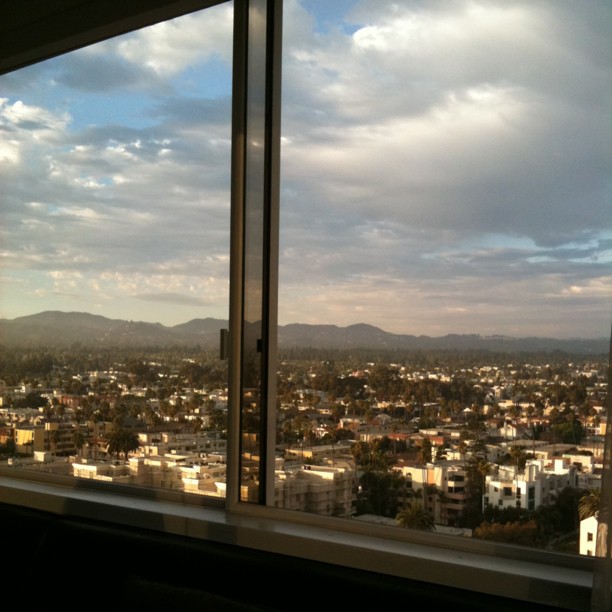 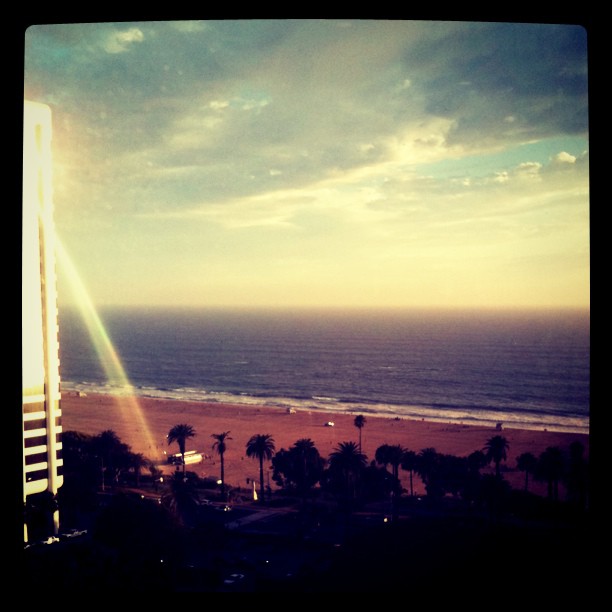 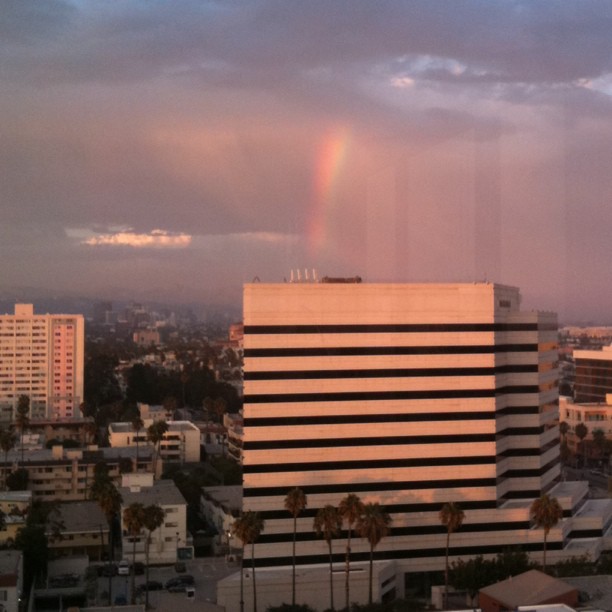 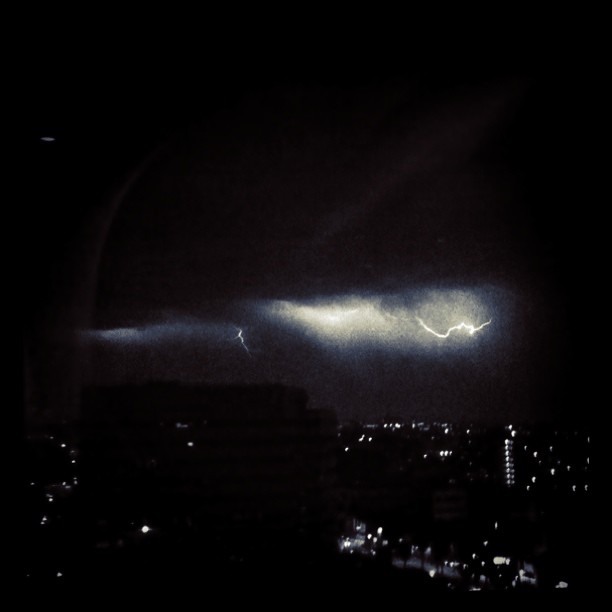 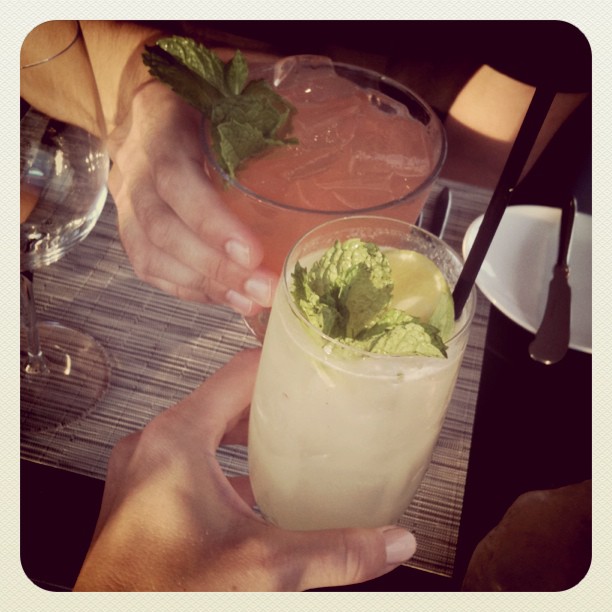 Cheers to the love of my life… there’s nothing like you and I baby.

* Title: Sade “No Ordinary Love” {a MUST LISTEN if you’ve never heard it}

* Looking for my wedding and engagement ring info?