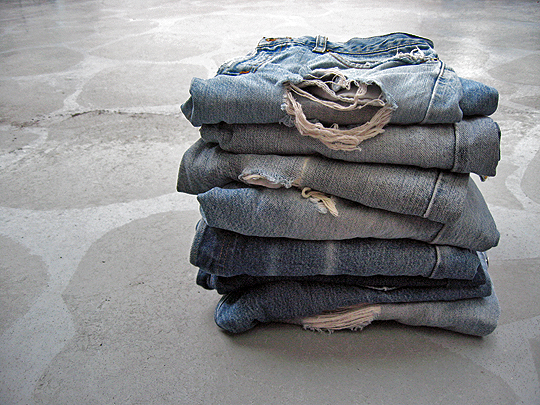 The 90’s were all about vintage Levi’s …vintage MEN’S button fly Levi’s, and finding the right pair was paramount. There was this amazingly disgusting tiny little thrift shop on Ventura Blvd. in Studio City called Claudia’s Boutique that had the BEST selection of ripped up vintage Levi’s for $15 each. Claudia, who seemed ancient even then, would help me and all of my 16 year old friends, literally rummage through piles and piles and 10′ high stacks of dank Levi’s in the darkest dungeoniest of corners until we found the perfect pair. It was awesome.

…and then expensive designer jeans made their appearance …ahem, super low-waisted designer jeans. I bought my first pair in 1997 in New York City, for $106 under the name Juicy …PRE velour sweat suits with Juicy on the butt. I actually still have them {surprise, surprise} and they in no way meet the low-waisted standards of the early 2000’s. In fact, they would be considered high-waisted …but not compared to Levi’s.

On Mother’s Day, my mom {who has never stopped wearing them, mind you} was wearing a pair of Levi’s she cut off at the knee and they had the best shredded leg you could imagine. I told her how cool they looked and she told me she felt white trash …lol. …and a few weeks later she informed me that my brother had been wearing a pair that he helped her paint in that had similar rips. The next time I saw him, brother that is, I demanded that he bring over his old worn Levi’s for me to go through. And because he’s such a great brother, he did exactly what I told him to.

Levi’s now makes a low-waisted mens version and OMG IF THEY AREN’T PERFECT, I DON’T KNOW WHAT IS! 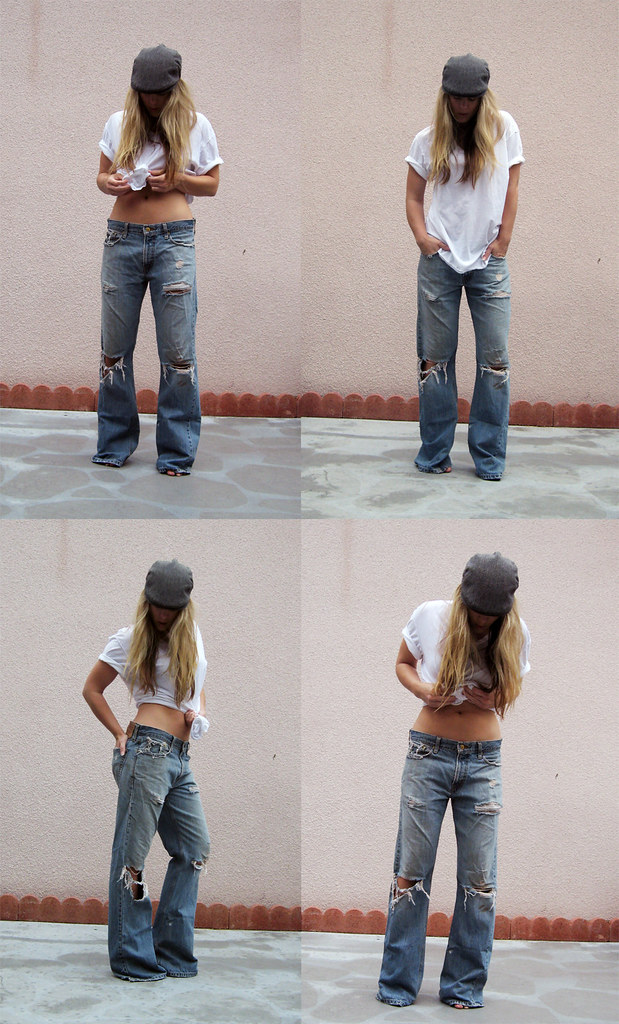