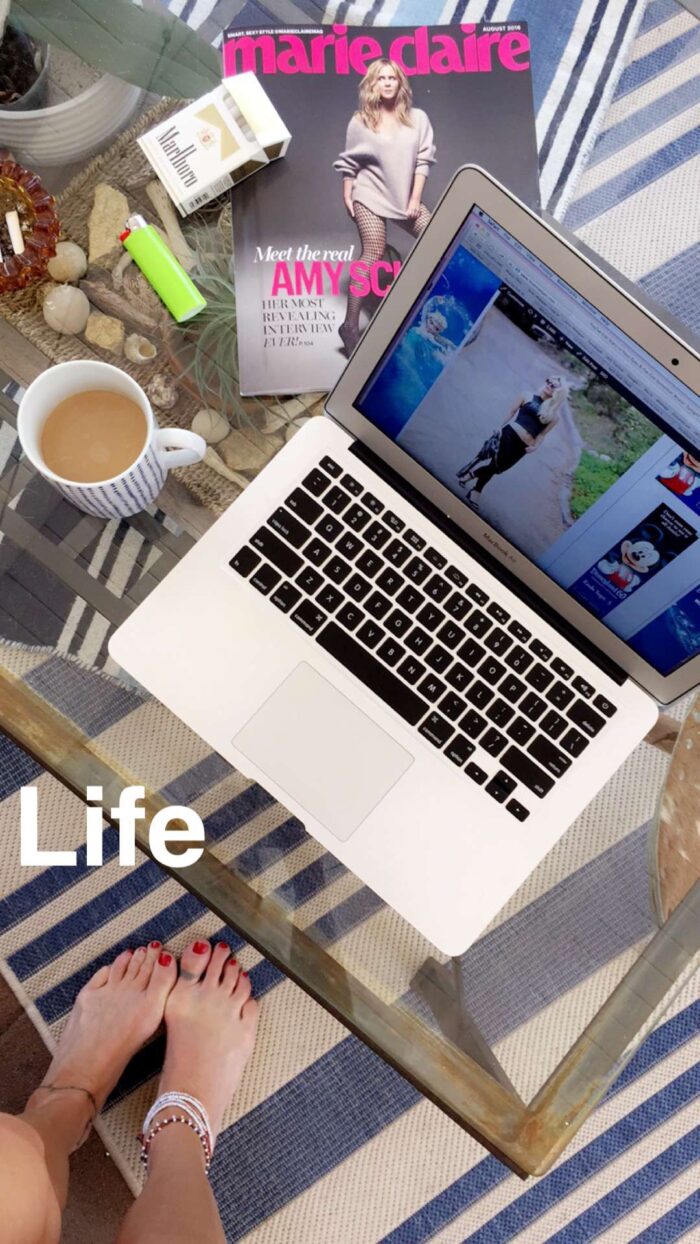 There’s a part of me that feels like I shouldn’t be talking about this, but as branded as our blogs become, they’re still personal, mine has always been… though I feel like I’ve been holding back for years now… But to exclude the negative and real aspects of life just seems like a lie. I’m not a brand. I’m a person. And I’m a blogger. And this is my life.

I’m smoking so much it’s like I’m making up for lost time… I love it and I hate it all in the same breath. This is in no way a post about glamorizing smoking. It makes me feel liberated and weak all at once. I wake up each day with a dry and scratchy throat and say to myself, alright, that’s it, I’m not doing it anymore. And then an hour later I find myself lighting one up with my coffee.

It started about a month ago and only on the weekends, only when I’m out, I’d tell myself… which worked for approximately two weekends total before I found myself at 7/11 buying a pack of my own. And then it went from two at night, to five, and then within a week, I found myself right back to half a pack a day, about the same amount I was smoking when I quit right after my 30th birthday, ten Summers ago.

At the time, quitting smoking was the most difficult thing I’d ever done, respectively. It’s a shitty habit to break. The addiction is all-consuming, and I’m aware of it now as I was then. Over the last ten years as a non-smoker, the craving never really went away. It was in passing, or if I smelled a cigarette in the distance, or whenever, I would randomly still want one. I constantly told myself that if I had just one, I’d be a full-time smoker again. And I was right.

But I was clearly willing to sacrifice my health for a crutch to help get me through this challenging emotional roller coaster I find myself on now… probably in a tiny way to feel some control over what’s happening… it was the perfect excuse really, and god do I love it. It’s a love/hate relationship.

When I thought quitting smoking was the hardest thing I’d ever done, I clearly couldn’t see into my future, knowing that I’d start smoking again, in what was actually the most difficult time in my life. Right-Now. I always wondered why/how anyone would start smoking again years after they quit.

And I know now.

Because “NOW” feels more difficult than the memory of quitting, and cigarettes become the saving grace.

One moment I allow it without judgement, telling myself to either do it and enjoy it or don’t do it at all. Smoking and feeling guilty about it, is just silly, but so common, and thus the duality with any bad habit; it feels so good, but so bad at the same time. It’s not worth it to do it if it’s just going to make me feel shitty in the process, it defeats the purpose, obviously.

But I do have to admit that positive aspects of it did display.

As soon as I felt my fingers holding a cigarette, I felt somehow like “me” again. I was a smoker for so long, it was part of who I was and I obviously identified with it. I think I started smoking when I was 17, though maybe just socially, but I know that once I graduated high school, I was smoking full-time, meaning I had cigarettes for breakfast… and I didn’t stop until 8 days after my 30th birthday.

Those are defining years in anyone’s life, the years that first define who you really are. And I was a smoker.

I grew up around smokers though. My grandparents all smoked, in their houses… My dad smoked in our house and so did most of his family… and my brother smokes. It’s in our blood. It’s almost like we can’t help it.

I know that’s absolutely insane, but picking up the habit again was no chore. A little nausea the first few times was nothing compared to the addiction. My brain instantly remembered and went from zero to one hundred, real quick.

But admittedly, in this transitional time, feeling like “me” again after so many years of not feeling like myself, was a sigh of relief really. There was no work involved. I just smoked. And there I was. Like I had never left.

The second thing I love, and this may sound strange but, it has already changed my voice back to the way it used to sound {talking and singing} and I just like it so much better. It’s probably not even noticeable to anyone else, but it’s the way I heard myself sound for so long that it just feels “normal”. God it’s so weird that I’m so intensely aware of all of this, but I can’t help it.

And the last thing I love about it is that it gets me outside more and forces me into the moment. I love being outside and I’m out a lot right now, and obviously, Summer has got something to do with it too. The idea of having to put 12 coats on just to smoke a cigarette in the snow doesn’t sound very fun. But you know, addiction.

I share this with you because it’s real… and my Snap followers have seen me lighting up for the past month. I’m not hiding it, so I don’t want to hide it here either.

I love it. It’s horrible. I will have to quit again. But not just yet.

Maybe next week. Maybe November 1st, just before winter. Maybe on my 41st birthday. I dunno. But I’ll have to do it again and soon.

Besides the obvious health risks, these are the side effects you forget about smoking when you’re not…

* Dryer skin – with every drag, I literally feel like I’m sucking the moisture out of my skin.
* Dryer lips – I already can’t stand when my lips feel dry, but I didn’t realize that smoking caused it because the years I wasn’t smoking, I didn’t think about it as much.
* Hair and fingers have a smokey aroma, lol – it’s not horrible if you’re used to the smell of cigarettes, so I don’t actually mind it, but I’m sure it’s appalling to someone who doesn’t smoke? I dunno. It’s never bothered me.
* Dry, almost scratchy throat {this could be because it’s new and I’m smoking so much, because I don’t actually remember this feeling unless I smoked a RIDICULOUS amount, usually also involving drinking and talking a lot}.
* Throat clearing. UGH. THIS IS MY LEAST FAVORITE OF ALL THE SIDE AFFECTS. Ahem, Ahem. I even annoy myself. It’s funny, when I watch Friends, I hear Anniston clearing her throat often. I know she smoked for years, I don’t know if she still does or not. But it makes me giggle that I notice that shit.
* Having cigarettes on my mind – I mean, I know it’s all still so new, and I don’t remember actually thinking about how much I smoked then, but I think about it a lot right now. I mean, look, anything that keeps my mind from the habitual “What am I gong to do about my marriage and my life” right now, is probably what I’m leaning on.

Nobody’s perfect. We all fail at life sometimes… that’s what life’s about. Falling and getting back up again.

It would be so boring if we never fell 😉 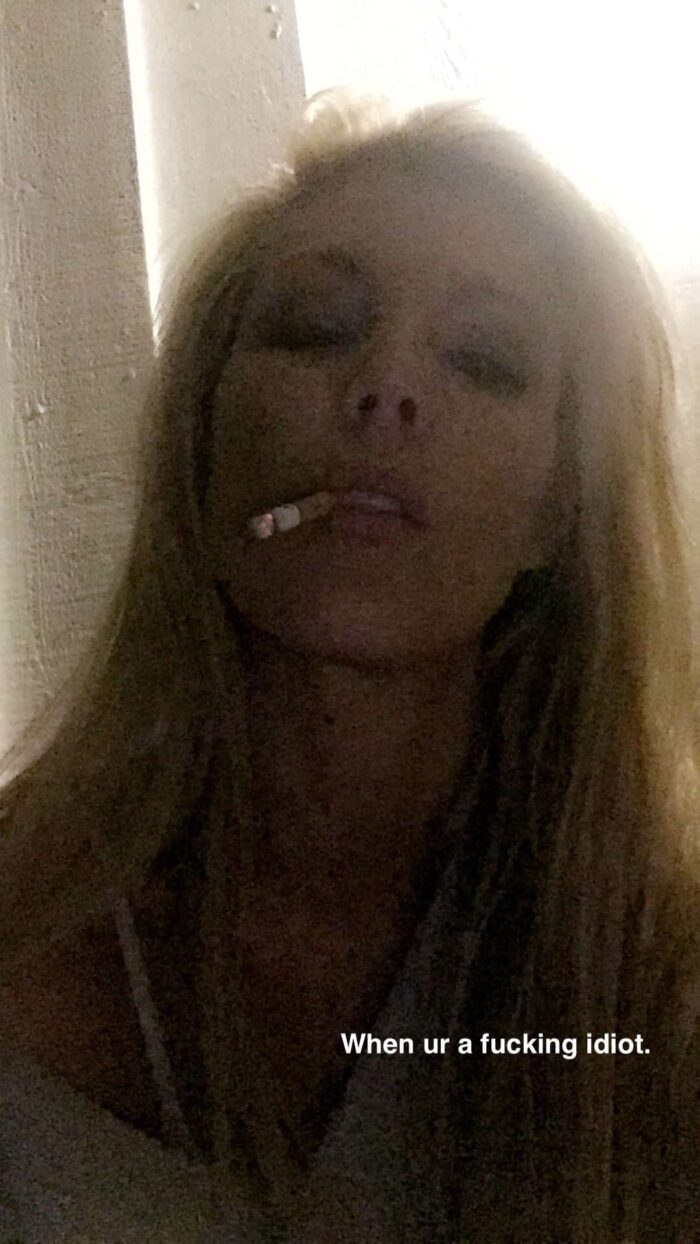 Cheers to the friggin’ weekend!

I’m waiting for something, always waiting