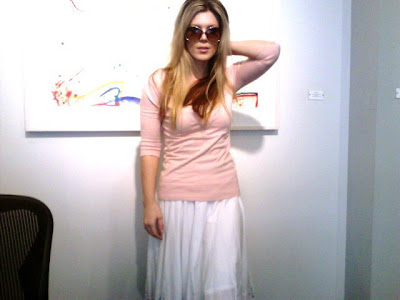 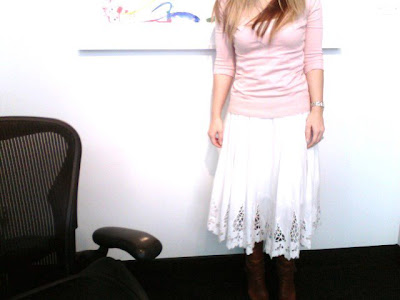 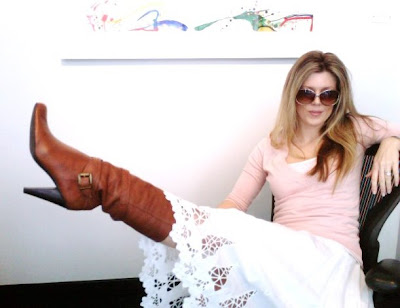 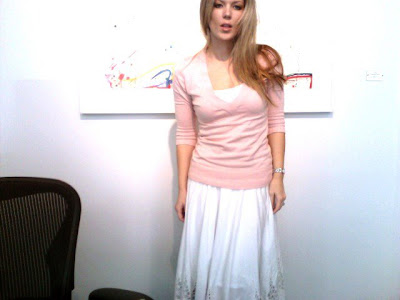 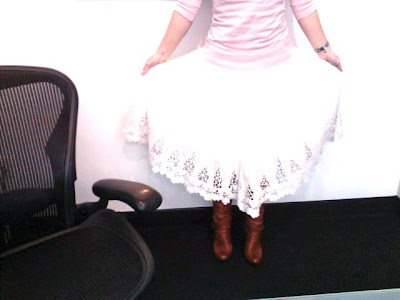 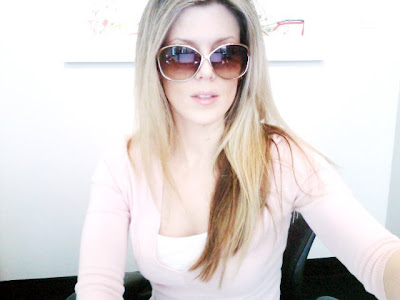 I’m clearly wishing it were spring today …and judging by the weather here in LA, it feels like it’s just about here, so I’m going with it. That said, I really wasn’t too creative this morning and this was all I could come up with. Anything I added just felt wrong …I tried a belt, a scarf …nothing worked.

Last night my husband and I got into a discussion about fashion which was eye-opening to say the least. I love hearing a man’s view because it’s often the complete opposite of a woman’s.

We scrolled through my outfit posts on the old blog all the way back to the beginning so I could get some visual examples of what exactly he doesn’t like. Every outfit that he pointed out as “good” was one that I thought was totally boring and unfinished …much like today, something is just missing in my opinion. Maybe a necklace would have helped …maybe a huge pair of earrings …I dunno but I bet I’d know it if I saw it.

He used a food analogy: “It’s like you have this really great cupcake and all it needs is a little icing but then you add a candy bar and some m&m’s and more icing and then it just ruins the cupcake.”

He complains that I cover up all the goods and basically wishes that I wore a body conscious, cleavage enhancing, leg revealing dress with no sleeves all the time. I said “What about during winter? …when it’s um, cold?” …he just giggled.

This morning as I was leaving he told me I looked really pretty …I told him I felt hideous. …and there you have it.

This low side bun is one of the easiest and quickest hair styles to create and works perfectly for various occasions. It can go…