As I’ve mentioned before, when Dance Dance Revolution came out, the husband and I were all over it. Yes we have 3″ thick industrial DDR dance pads and we danced our asses off {literally kept me 5-7 lbs lighter} …though after about two years of hard dancing, the glitches in the dance pads became more of a hassle than we cared to deal with and now the dance pads sadly lean against the wall collecting dust.

Last April we were invited to test out the Xbox 360 Kinect {originally called Natal} – which, if you haven’t heard, is a completely wireless gaming system WITH NO CONTROLLERS – and we jumped on the chance to go {see my post about it w/ photos here} …so of course when the Kinect was released last week I came home from the gallery to find my husband and my brother playing the Kinect & practicing their dance moves.

Yesterday afternoon I thought I’d get a little exercise {and some fun} in and turned on the Kinect to play Dance Central in the game room while the husband played COD in the living room {on our 2nd Xbox 360 …I know, it’s ridiculous}. And even though my ankle started hurting and then my back and then my neck {because I’m obviously out of shape, not to mention OLD} I found myself saying “just one more song” for OVER AN HOUR. It’s so much ridiculous fun you can’t even imagine {if you like to dance, that is}. And in the middle of every song there’s a “free style” mode where you do your own thing for 30 seconds or so and the camera snap photos of you doing it, speeds them up and replays them at the end …which are most necessary to look through after each performance if nothing more than to catch your breath for the next song {and for a good laugh!}

If you have an Xbox 360, I HIGHLY recommend getting the Kinect & Dance Central. HIGHLY RECOMMEND 🙂 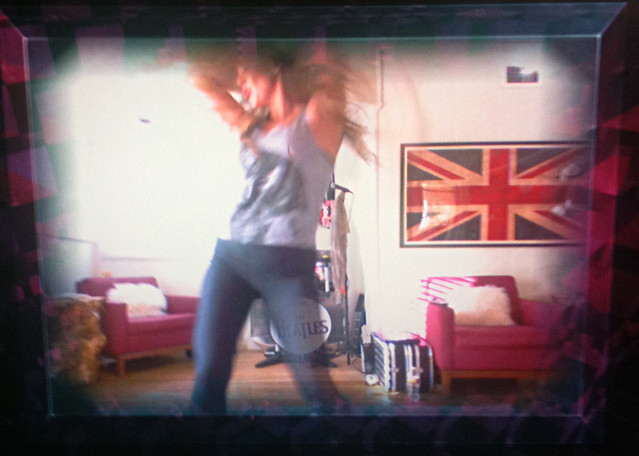 * all photos above taken from the TV via my iPhone * 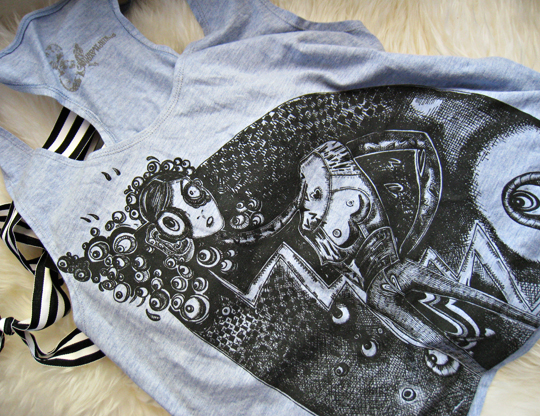 Tank courtesy of Shop She Boutique & American Apparel denim leggings
…dance moves, all my own 😉