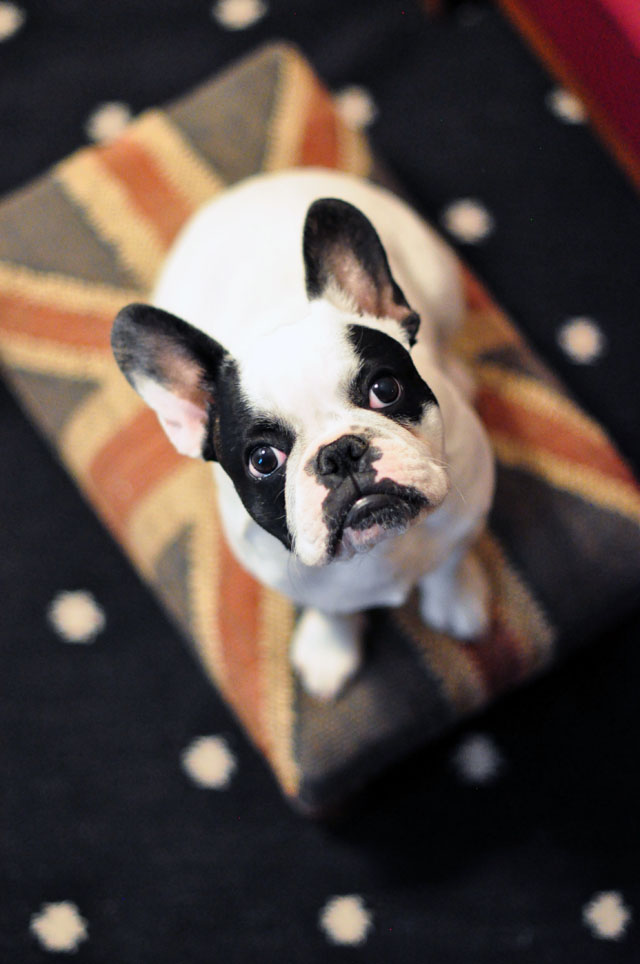 Originally this post was meant to show off our new black and white polka dotted rug in the Long Hallway Sitting Area with Slanted Ceiling {which let’s be honest, I set in place right around the 4th of July, so it’s not so new anymore} but now it just seems like an excuse to post gratuitous photos of our pied puppy doggies… who aren’t so puppy anymore either.

To at least tie it all together, I’ve posted a room shot at the end of the post so you can see a bit more of the area. I found the rug at a Joss & Main sale which is over now, but luckily you can find/buy it here: Charlotte & Ivy : Polka Dot Rug and it’s on sale! {available in lavender & pumpkin too}

Though I originally bought it for the Reading Room, I love the look of the rug especially in this space where it’s contrasting with the Union Jack Flag prints, burgundies, and golds. The dots are a little pixeled on the edges, making it a bit cooler than cute, but the texture is a bit rough and scratchy because it’s wool. It works for areas that you’re not going to be sitting or laying on directly {as in when you’re playing with kids} like a sitting area like this but it would probably work great for a covered outdoor/patio space as well.

But for us, in this space, it’s perfect. 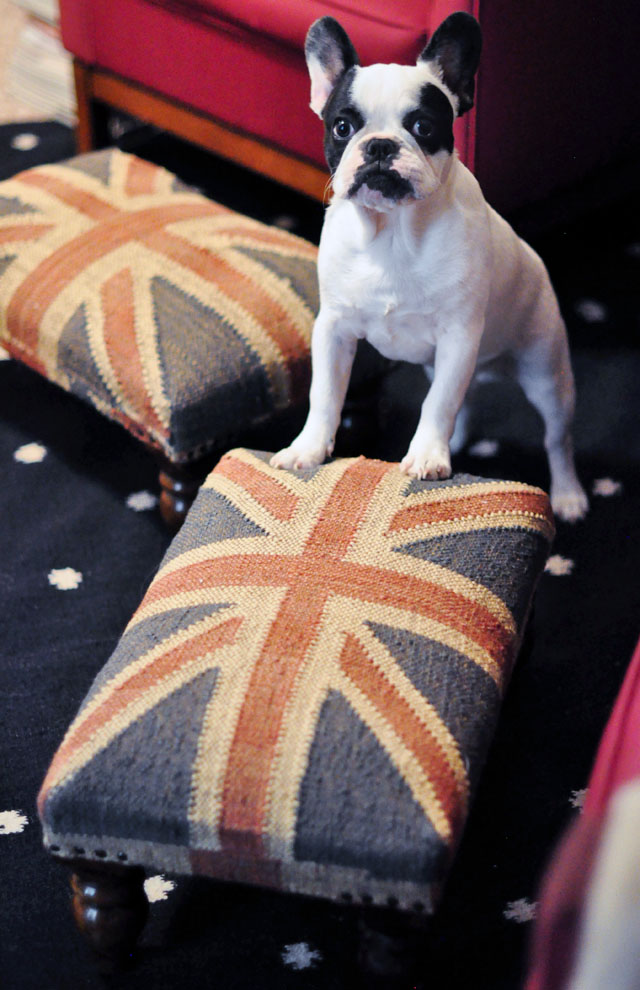 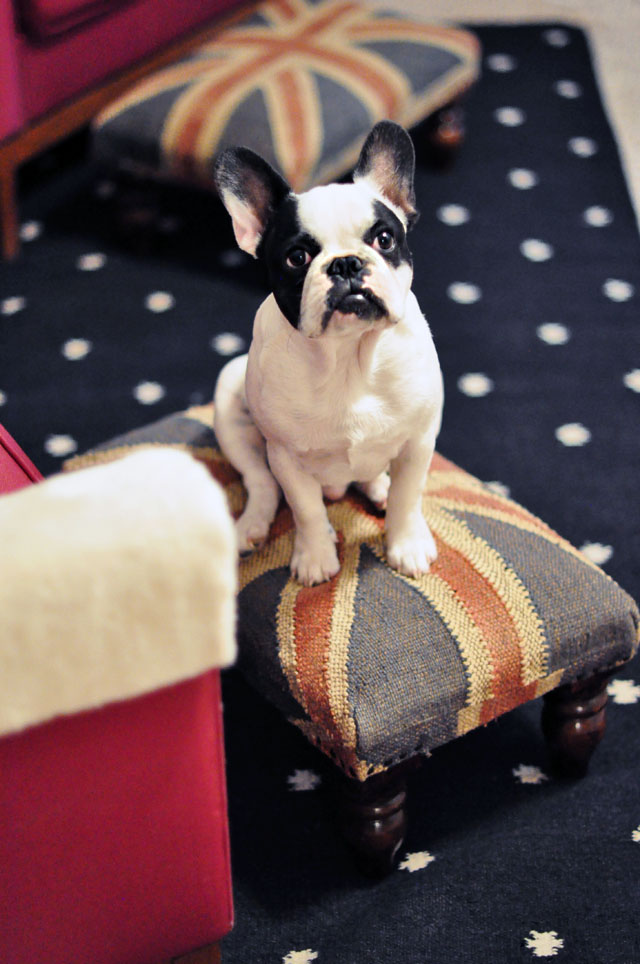 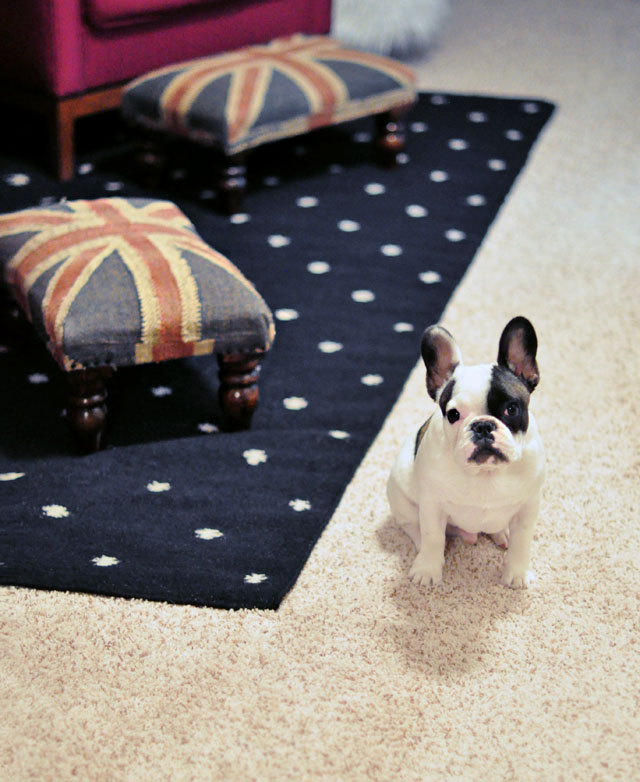 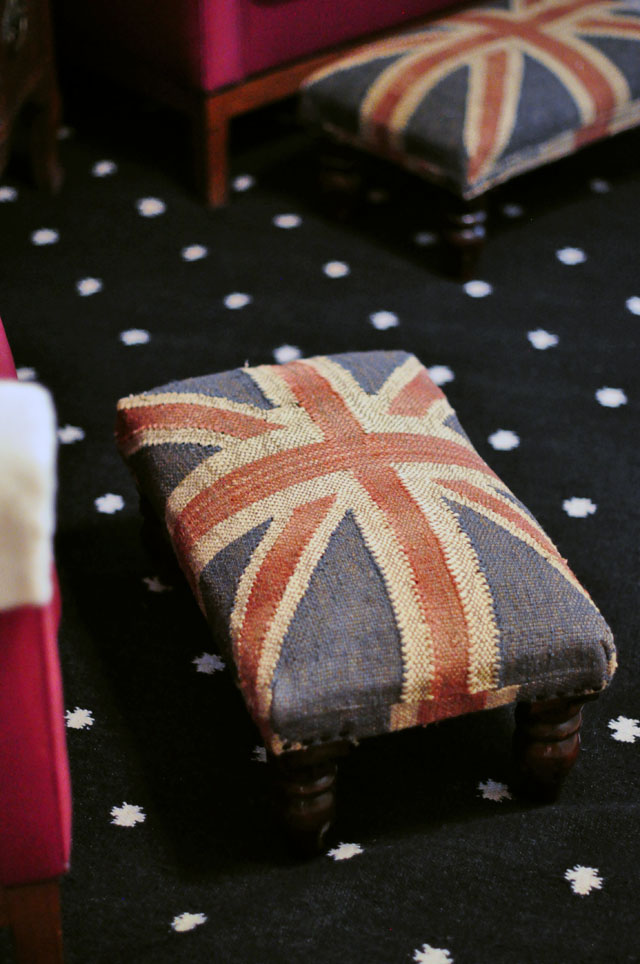 * See our Long Hallway Sitting Area with Slanted Ceiling before and after now.

This is It… Make No Mistake Where You Are