this morning ..in a hurry …poor quality ..apologies

So, I actually started this story with straight hair {which is why I left the beginning in} but in the middle of it, my husband woke up and yelled from the hallway “WHO ARE YOU TALKING TO!?!?!?” … So of course I told him THE CAMERA …duh …and then I had to start the story over half-way through waving my hair. But the story had to be spoken instead of written …even though I look like a retard. Yes, apologies for anyone offended that I called myself a retard.

Now I’m not sure if I like any of the sunglasses I bought though. So I may just go back and return them all. . . .lololol! 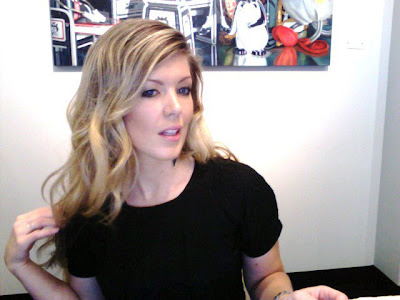 above image via Canadian Log HomesI LOVE my fireplace and hearth, but it doesn’t have a mantel, which honestly makes holiday decorating a…