Follow me on Instagram to see these in real time. Also, if you see any you like, they may be for sale at Instacanv.as. You can email me if you don’t see one that you like and I’ll make it available.

I have been Instagramming far less lately. I’m not sure why, but I’m starting to worry the app is losing its power over me 😉 Or maybe I’ve just been busier with other things lately. 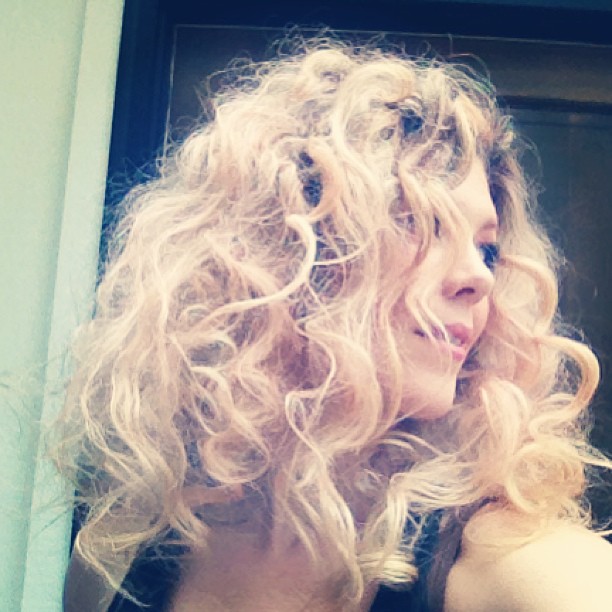 Big Ol’ Hair… from the bantu knots, and for an upcoming {& superfun} Halloween costume post. {See my SJP BIG Curls from Tiny Buns post for a similar hair tutorial} 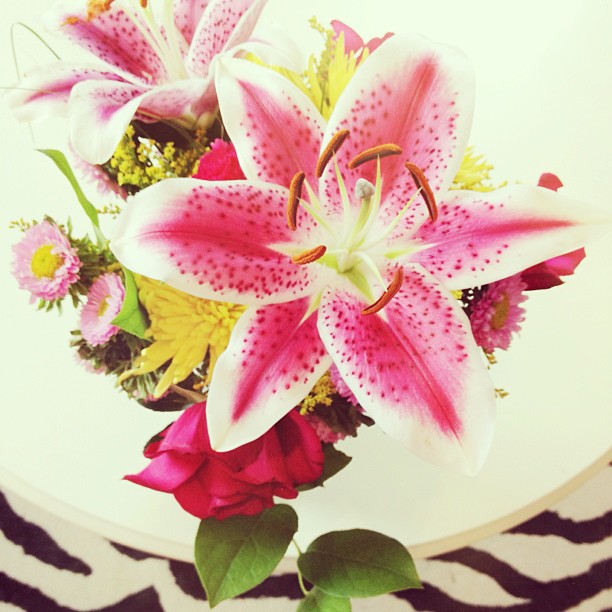 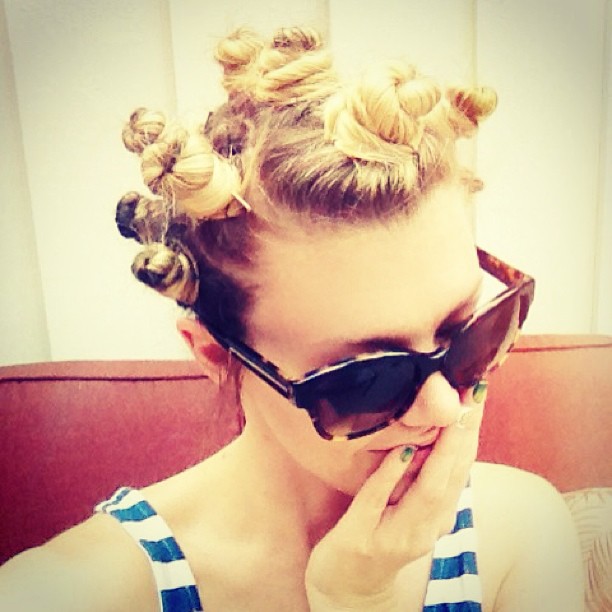 Bantu Knots in the hair… for the big curls. {See my SJP BIG Curls from Tiny Buns post for a similar hair tutorial} 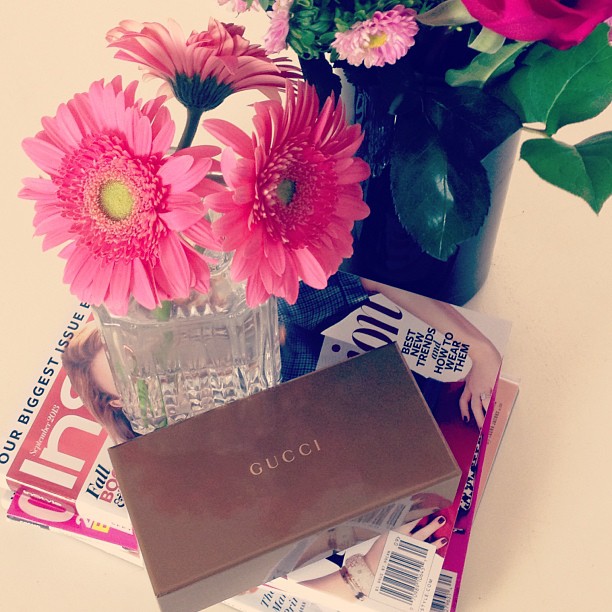 Wednesday, September 4th, marked our seven year wedding anniversary… seven years. WOW. It was Labor Day Weekend 2006 we had a trip to Vegas planned and a few days prior to leaving, and about three months after getting engaged on my 30th birthday, we decided to tie the knot in a private ceremony with just the two of us vs having a large wedding. It was the best decision we ever made 😉 I woke up seven years later to beautiful bunches of flowers, September issues of fashion magazines, and Gucci sunglasses, and was assured that this man and my best friend, knows me better than anyone else on the planet. We have something special, and we are so lucky. 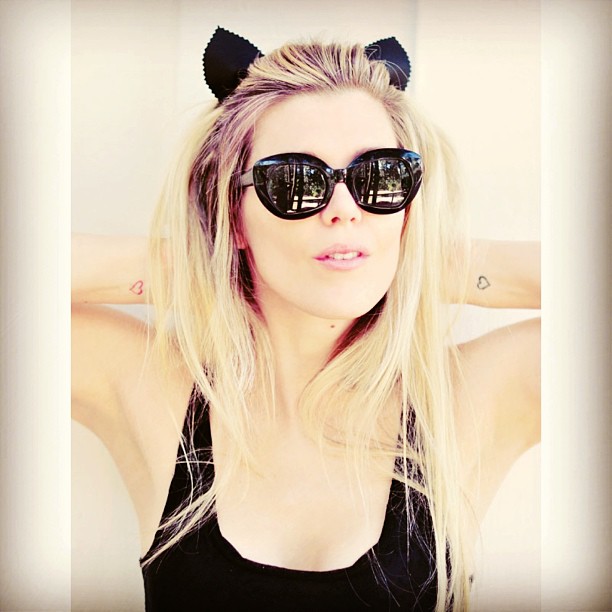 Last week’s DIY Leather Cat Ears… and someone mentioned they were going to do a mouse version… SO CUTE!! And just as simple as cutting out round ears rather than pointed ones. 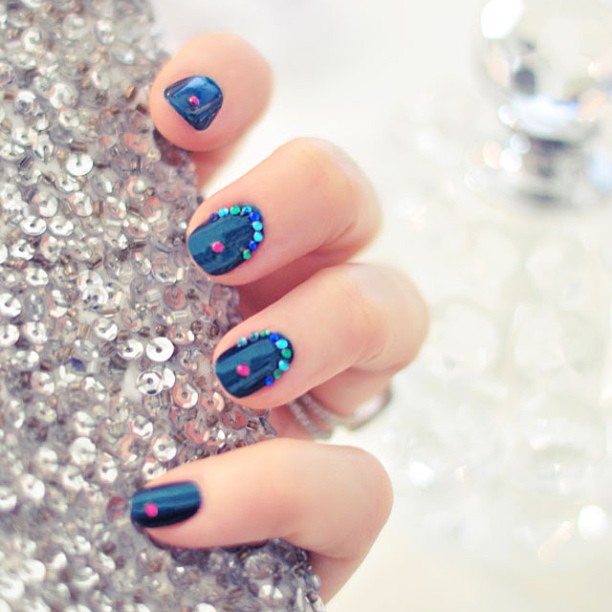 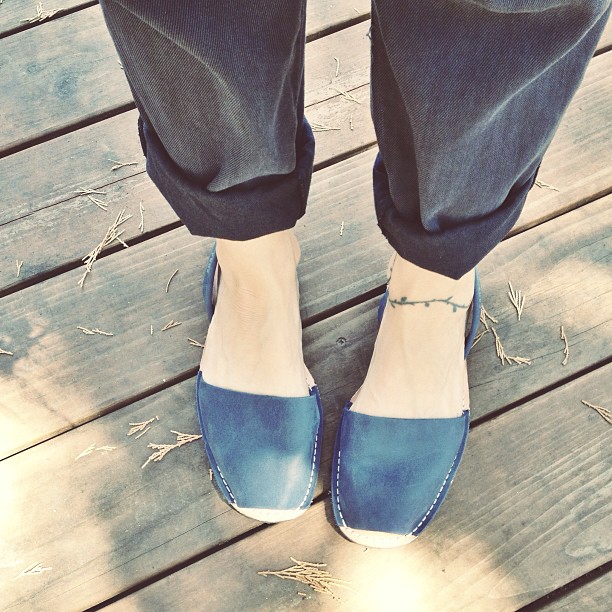 Favorite comfy sandals Avarcas Pons in French Blue, worn with my new favorite comfy J Brand Cargo Pants. It’s been warm {in the 80’s} and balmy here, but nice in comparison to the weather my family and friends have been suffering through back home in LA. Feeling grateful.

Hope you’re having a wonderful one!

I’m in the throes of the BlogHer Conference and having a blast! So much so that I forgot to post today {which is the…