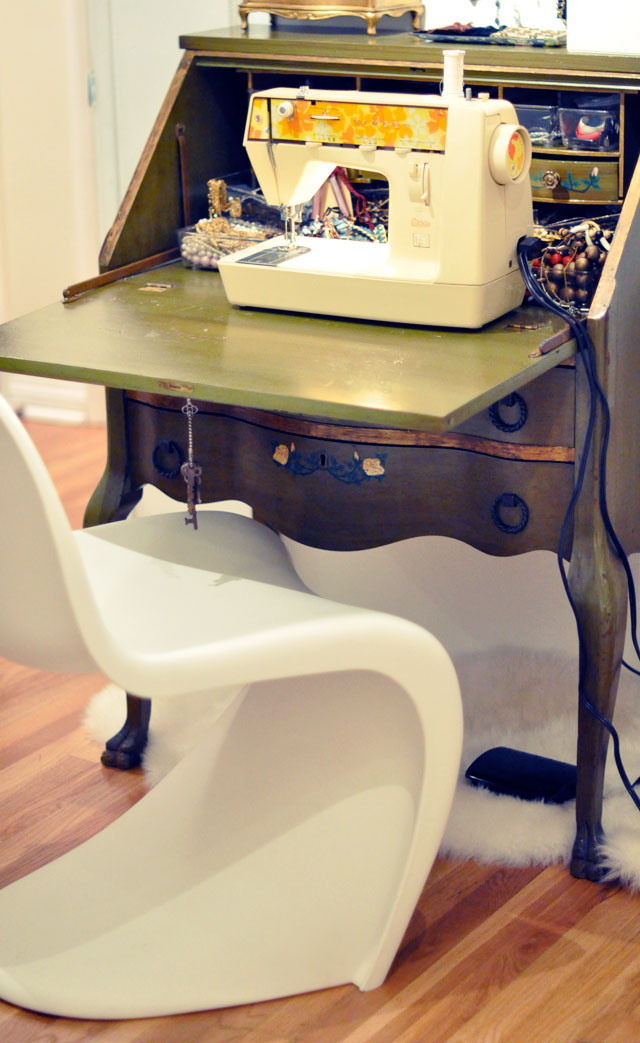 This was the sewing machine I learned to sew on… well not this exact one but my mom’s Singer Genie 353. It is the most basic of sewing machines yet my favorite by far and has worked tirelessly for my mom and me since the 70’s when she acquired it.

A few years ago, after hoarding my mom’s Singer for years {possibly decades} the time came where she grew tired of asking ME to borrow HER machine. So she did a little research and tracked down an exact replica and gave it to me for Christmas.

When I opened the gift, I was a bit confused actually, I thought to myself… Why has mom wrapped up her sewing machine when it’s basically mine anyway? {kids are so selfish, aren’t they?!} to which she explained that it was my very own Vintage Singer Genie 353 sewing machine so I wouldn’t need to steal hers any more. Hers works better though, just like my brother’s icy cold Dr. Pepper always tastes better than mine! 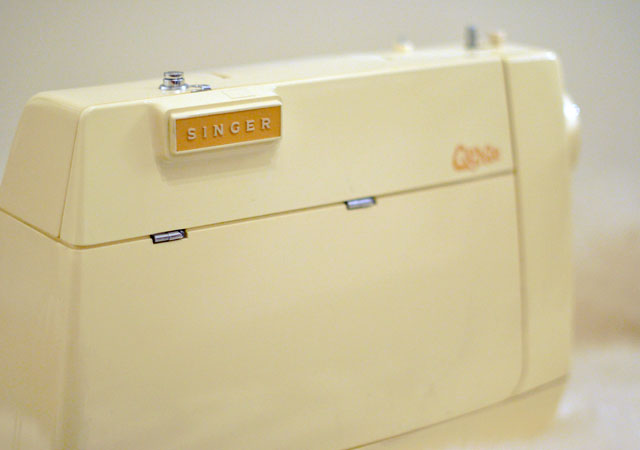 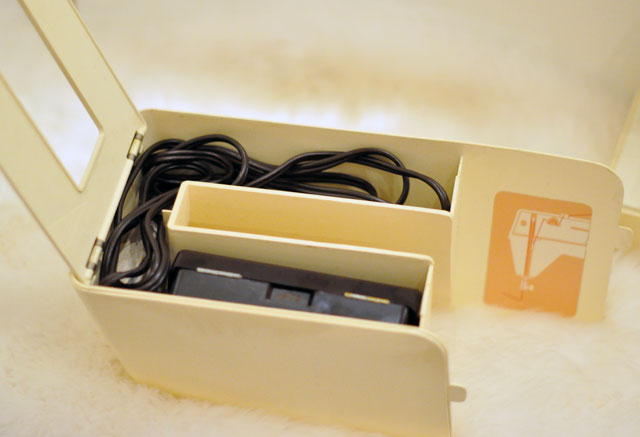 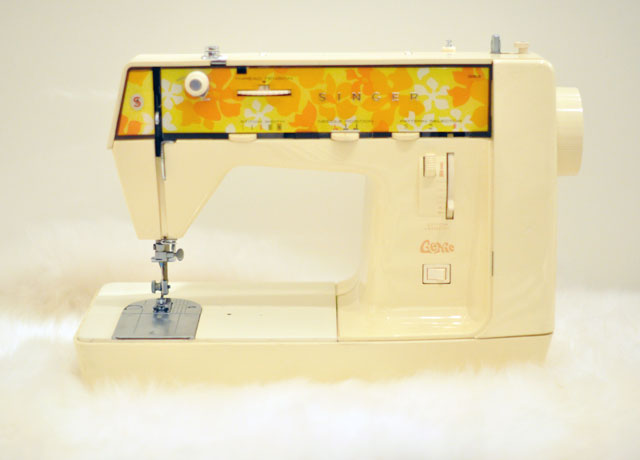 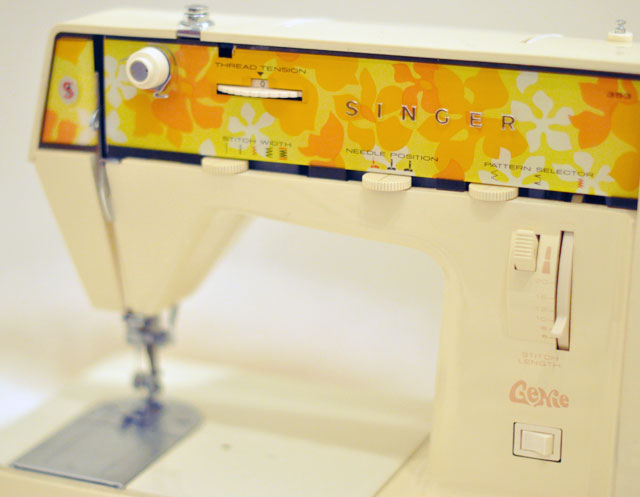 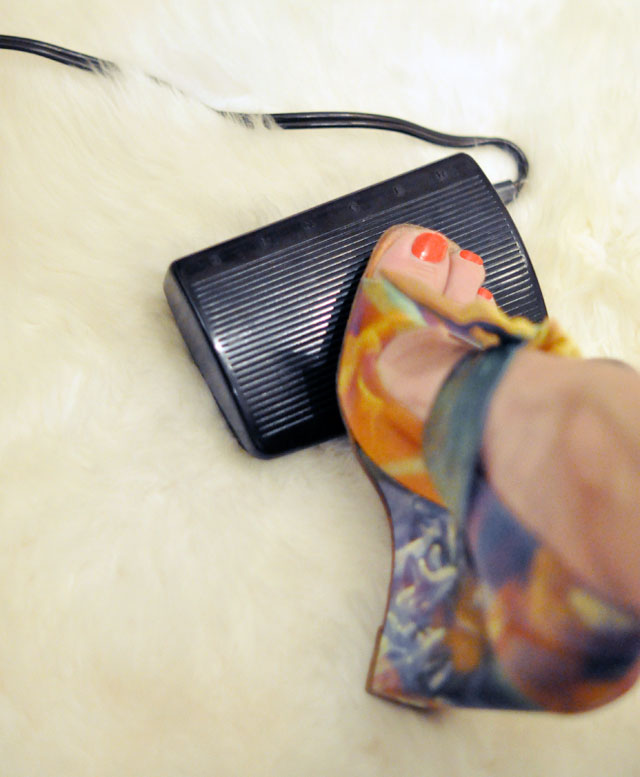 The other day I received an email from the lovely people from SINGER® Sewing Company announcing the launch of www.mySINGERstory.com — an interactive website that invites sewing fans across the country to share their personal stories and memories of SINGER® sewing machines in honor of the brand’s 160th anniversary and I thought my story was obviously particularly interesting enough to share. So I did and I thought you may like to share your story as well. I can’t be the ONLY one using a vintage Singer, right?

What’s also fun is the website includes a historical look-up feature that allows people to learn where and when their antique machines were manufactured just by entering a serial number.

Through December, each person who submits a story on mySINGERstory.com will have a chance to win one of the first commemorative edition sewing machines to hit the market in January 2012. This technologically advanced machine will boast innovative features, yet its design and appearance will harken back to the iconic SINGER® machines of years past. The antique-inspired machine is Singer Sewing Company’s tribute to the brand’s rich history and an opportunity to introduce the modern innovations of sewing to the next generation of sewers everywhere.

* You can also find the Singer Sewing Company on Facebook 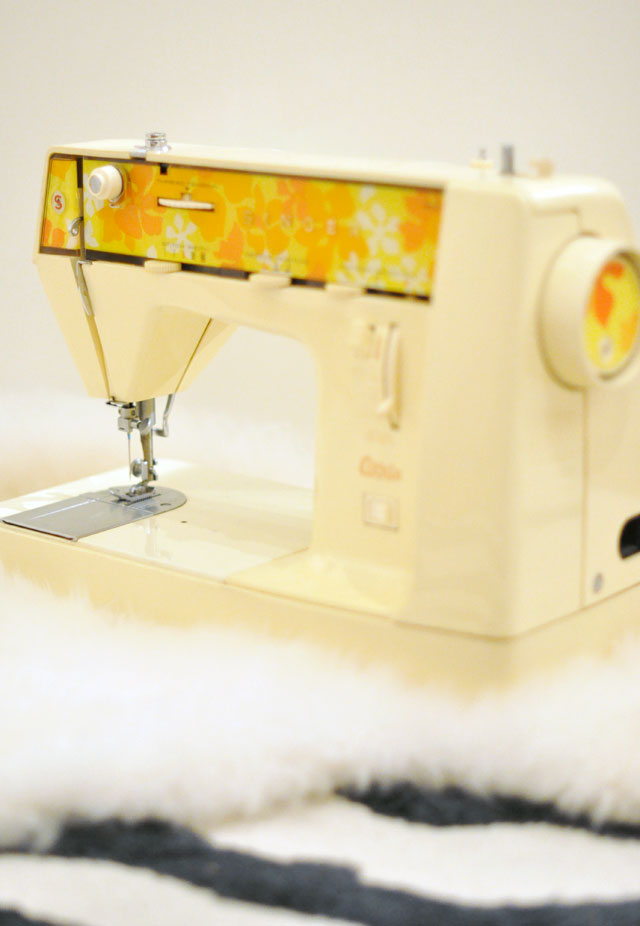 "You can tell a lot from a person’s nails. When a life starts to unravel, they’re among the first to go."