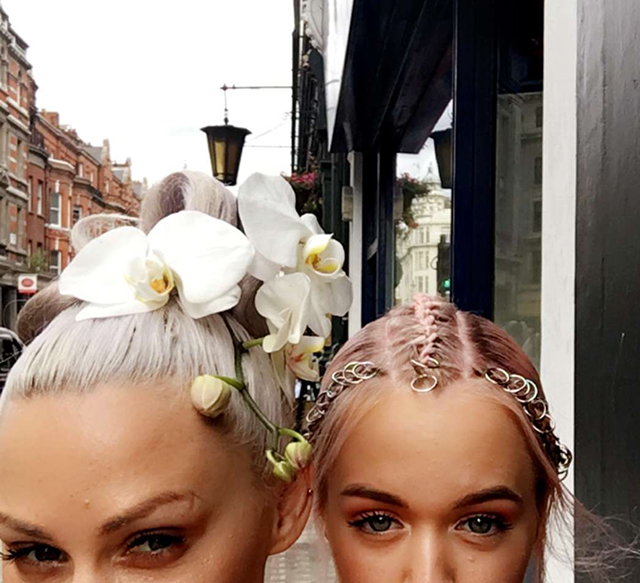 Through my short-lived obsession with One Direction, which began late 2014 and soared through mid-2015 {though I do still hold a fondness in my heart for the young lads}, I found Lou Teasdale, who is the band’s hair stylist extraordinaire… and makeup artist as well, but shhhh, boys don’t wear makeup, right?

Aside from her recent YouTube channel launch, The Book Channel along with Lottie Tomlinson {Louis Tomlinson’s sister and also seen here} and a few other fabulous beauty gurus who offer hair, makeup, and nail tutorials, Lou has also released a DIY hair & beauty book called The Craft, and is ELLE’s Beauty Extremist, among other entrepreneurial ventures.

All this is to say that I follow her on Snapchat {find her @ louteasdale}, and couldn’t help sharing these adorable hairstyles {photos of which I pulled from her Snaps} right here, with you.

Both hair styles seen here are by Chris Appleton, who’s also done mohawk rings on Ariana Grande {which is maybe where I firs saw the braid rings, since I follow Ariana on Snapchat as well}. But I just love both of these super fun styles. I ADORE the way they used the orchid flower ALONG WITH the buds to create this super pretty updo on Lou. The hanging budded orchids down the front of her face and forehead are just so so pretty and I’m dying to recreate the look. 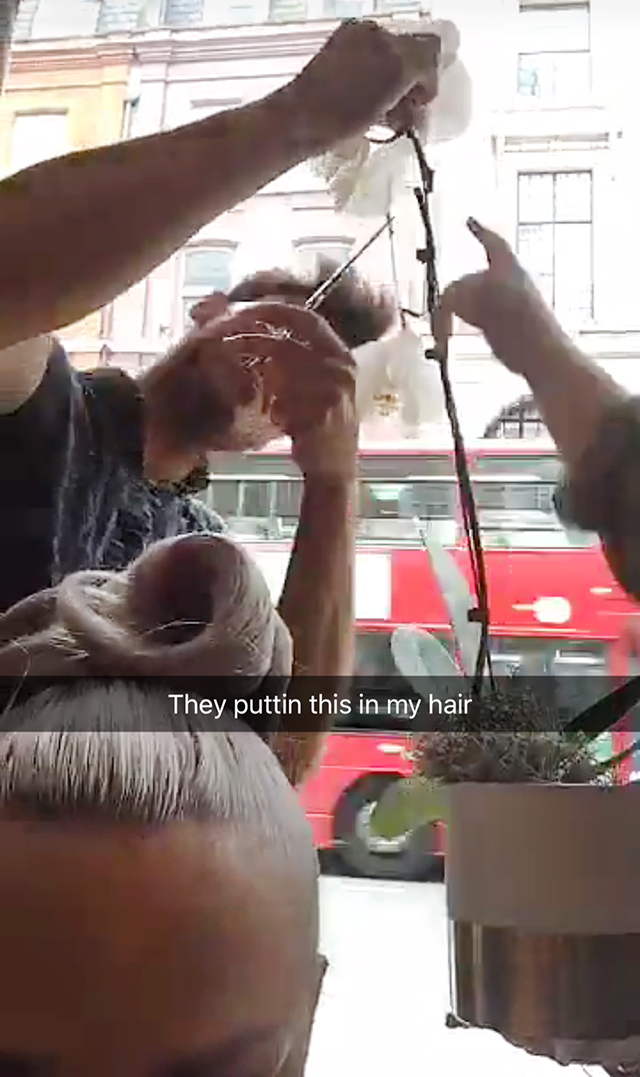 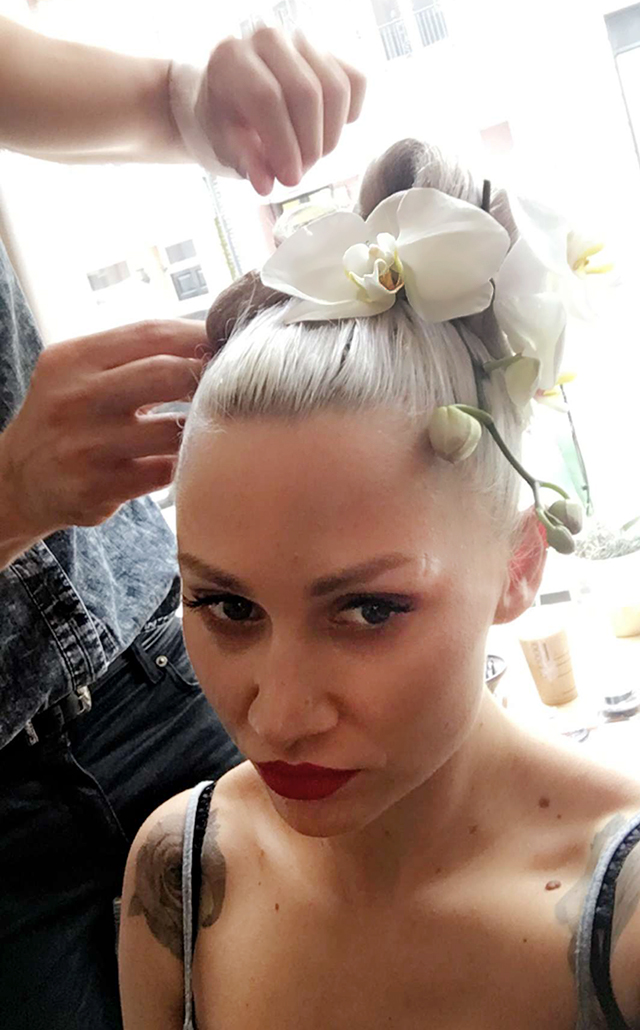 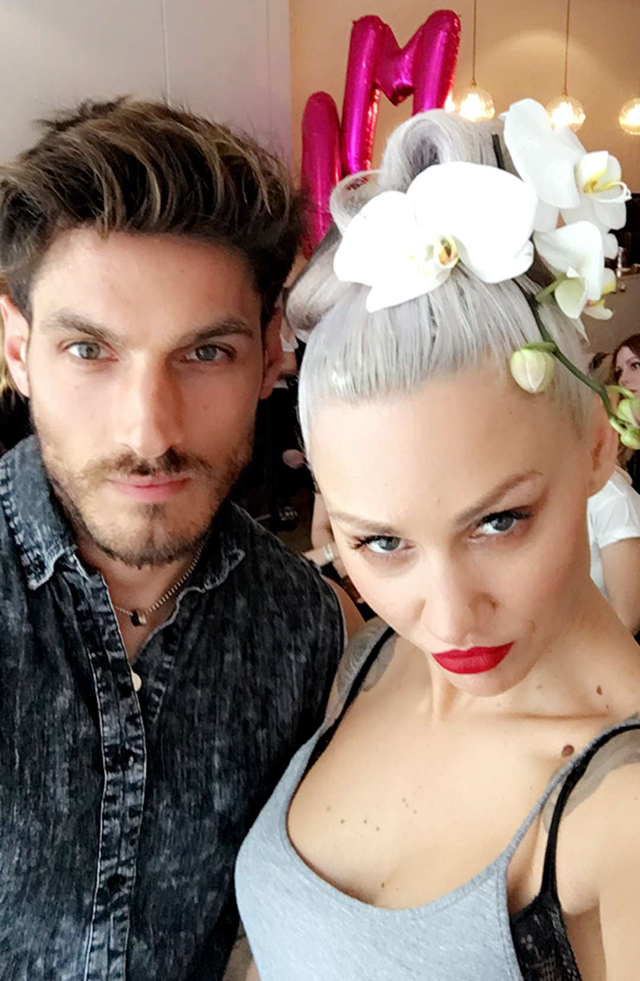 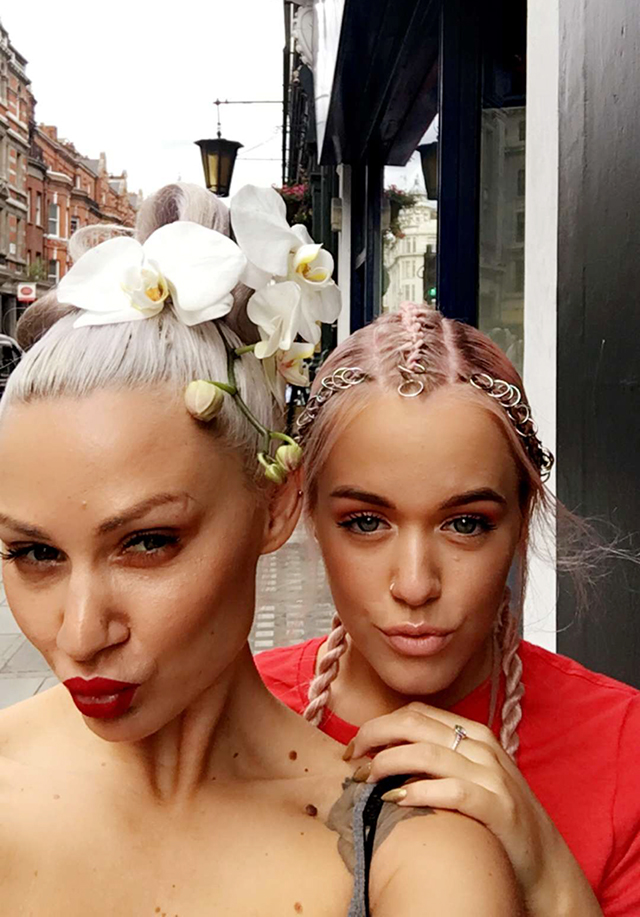 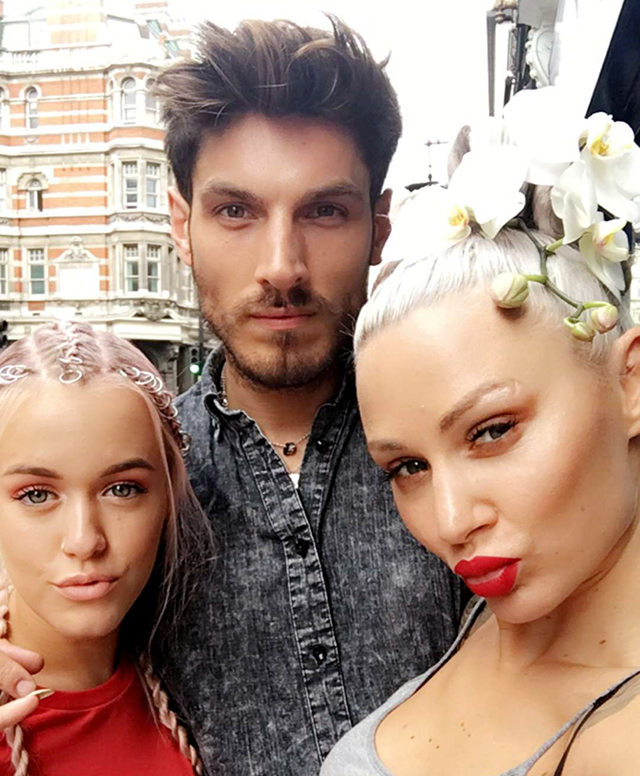