The husband and I were invited as Princess Idelle Chattre & Malcolm R Conntint, to attend and participate in a Murder Mystery Dinner called The Last Train From Paris hosted by our friends {and neighbors} Josh and Rafi.

Having been to a few murder mystery dinners, I knew we’d have to attend as our characters but just to be safe I sent a text to our hosts asking on a scale of 1-10, how “dressed” should we be… and the response was 9.875… and then “Think of this as the most important night of your life. Would you want to be underdressed?” So obviously, we went all out. 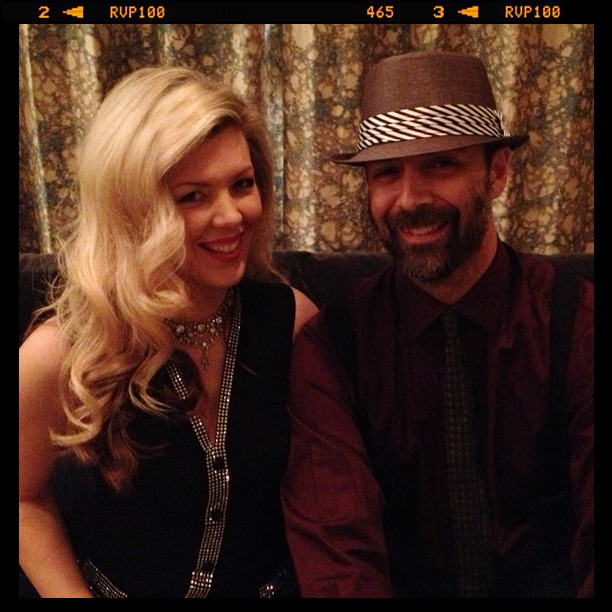 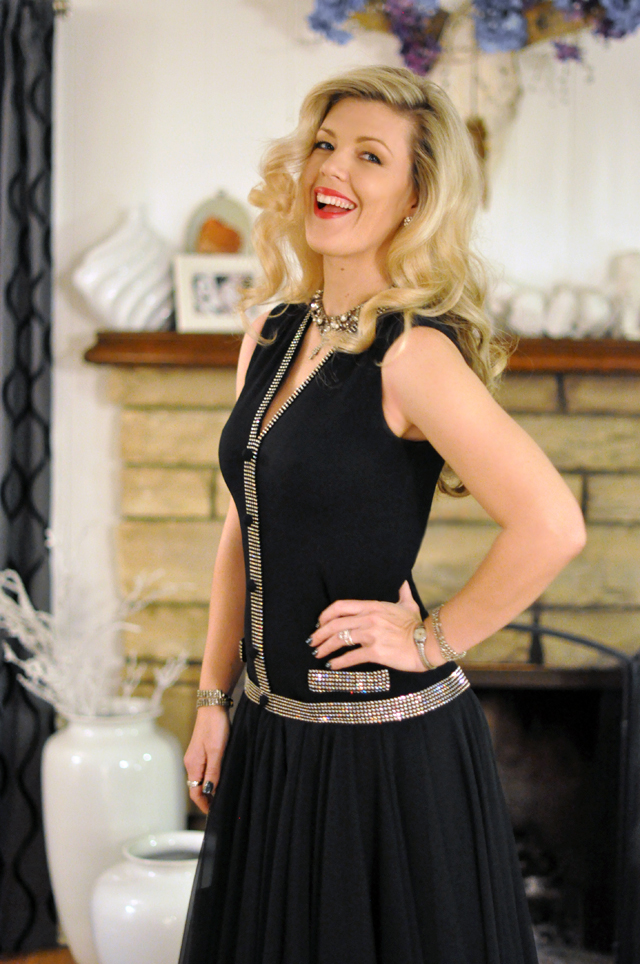 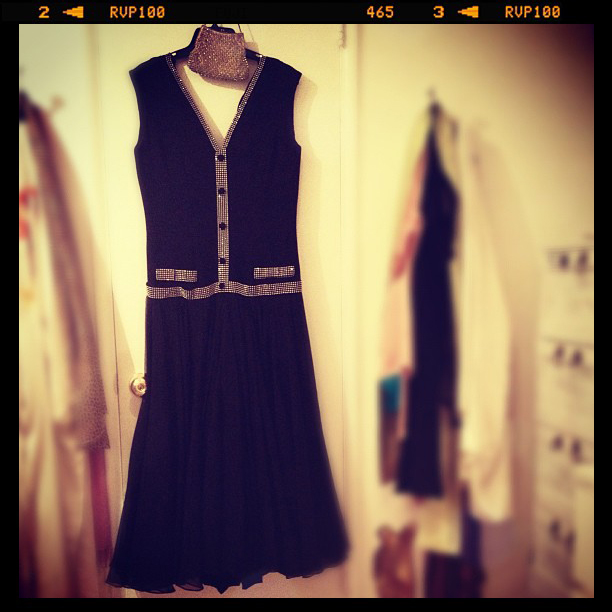 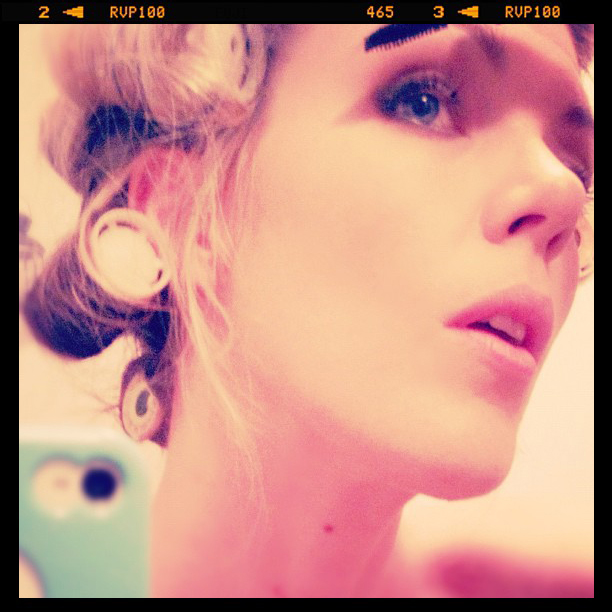 I wore a long black vintage dress detailed with rhinestones that I’ve had for over ten years and have never worn. I was so happy I finally got to wear it! I pulled out my vintage mink coat and piled on layers of vintage rhinestone jewelry and added a bright red lip for even more drama. I used hot rollers for curls and brushed them out for an old Hollywood glam hair style. 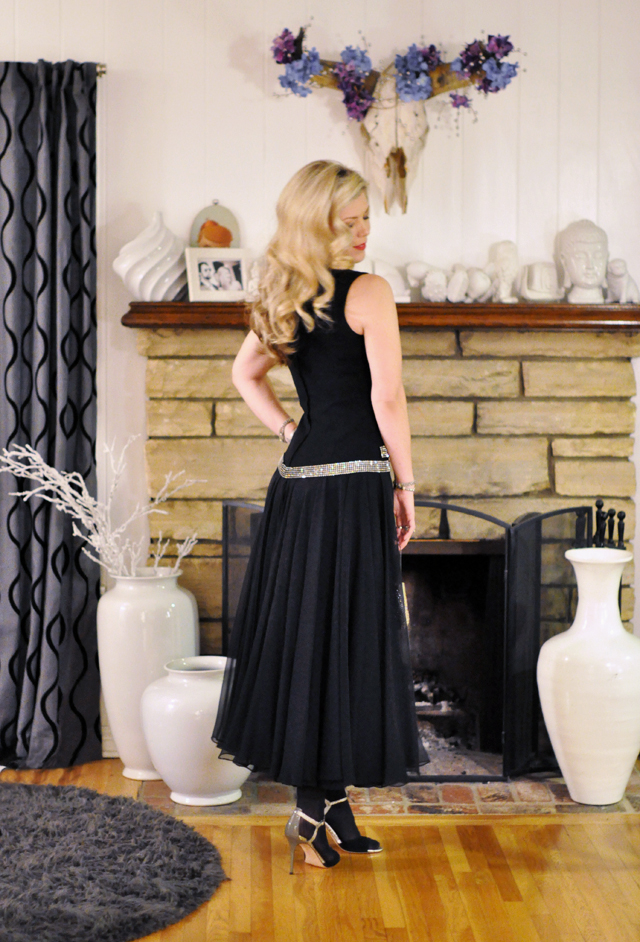 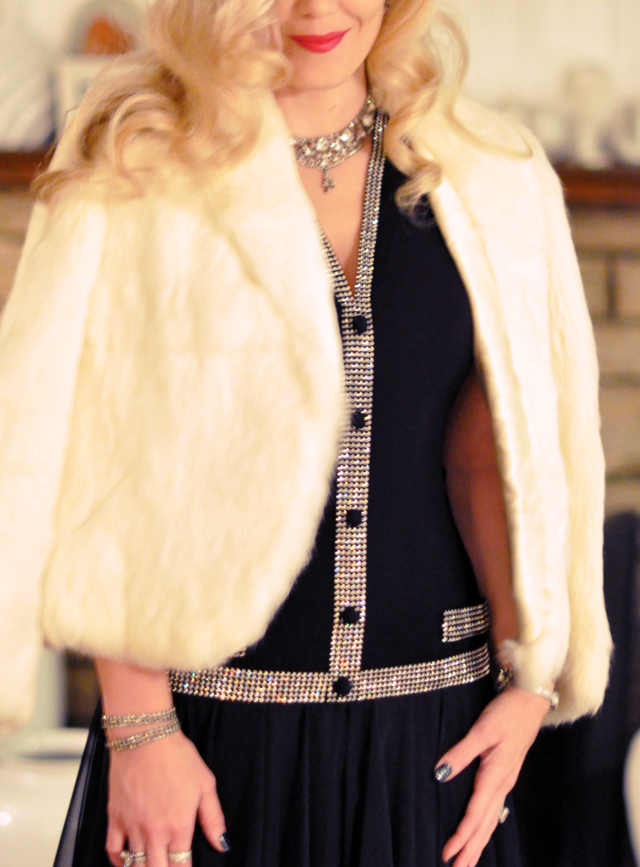 When we arrived, late of course, everyone was already deep into their characters, accents, and backstory, and while I was a bit timid at first, I slowly warmed up and used a horrendously over-the-top-british-characature accent for the remainder of the evening. 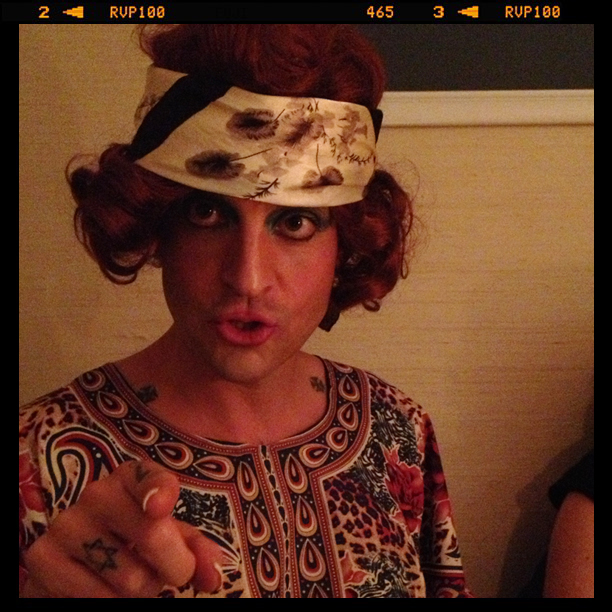 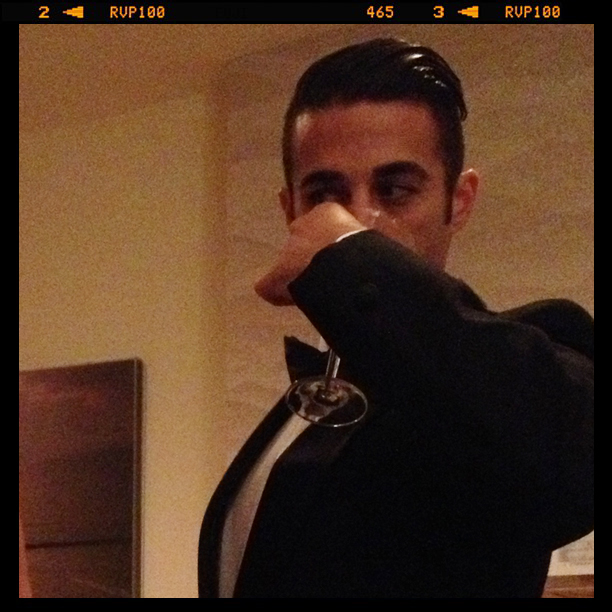 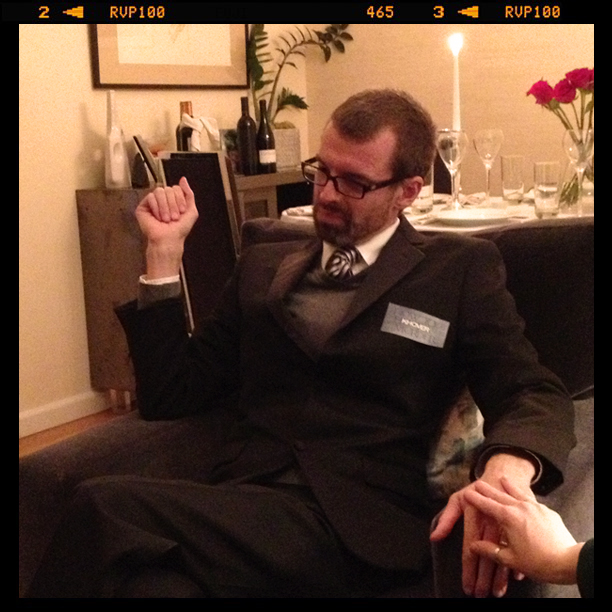 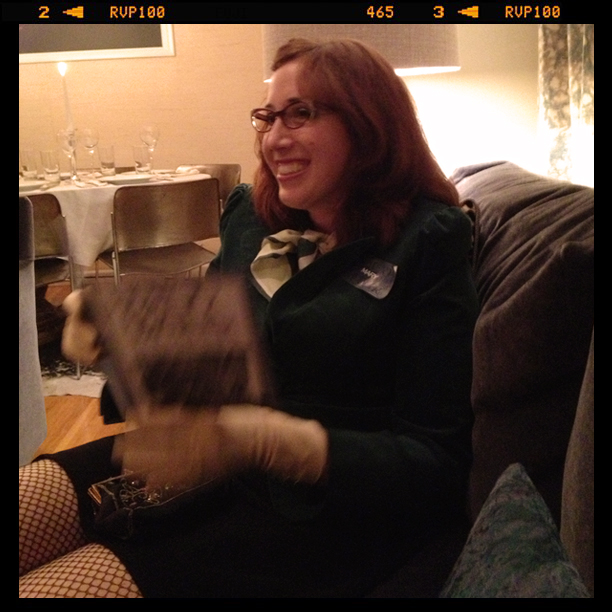 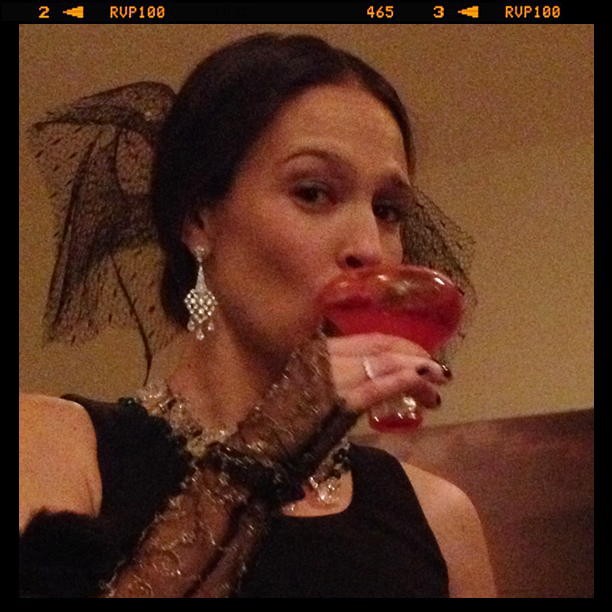 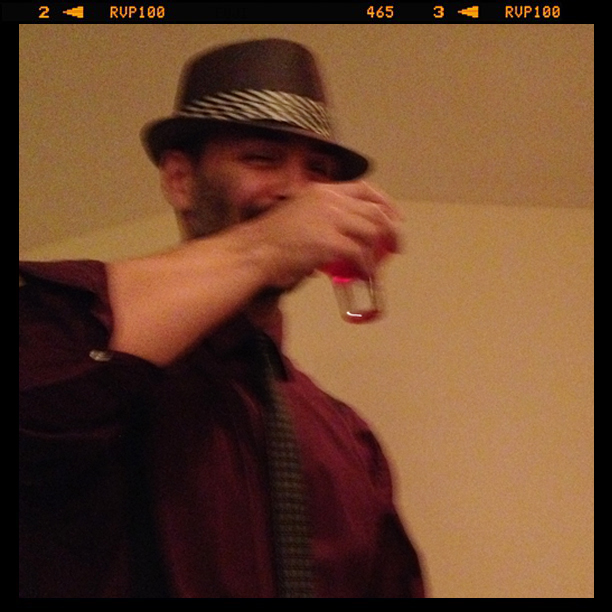 Honestly, I didn’t stop giggling from the moment we entered until the next morning… and then we were still giggling thinking back on the evening. It was so much fun with all of our exaggerated accents, filtering back and forth from our everyday speech, with the exception of the Duke and Belinda, our hosts, who held strong character for the entire night. So much fun was had… whenever a clue was presented accusing a character of the crime we all pointed in their direction simultaneously saying MUUUUUUUUUUUUUUUUUUURDERAAAAAHHHH… 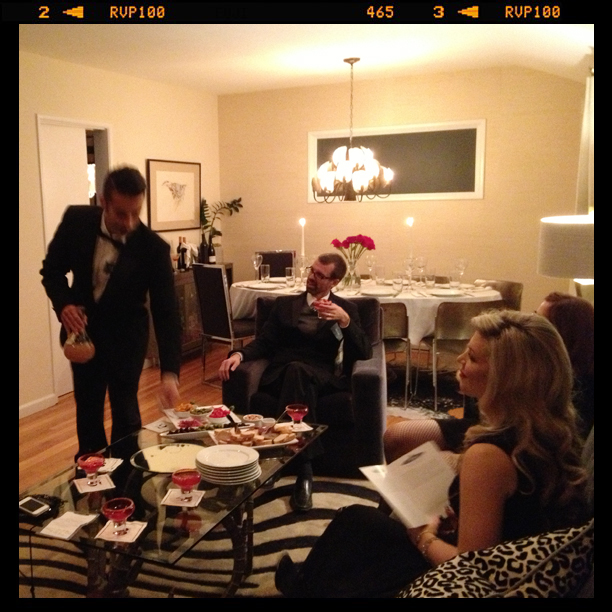 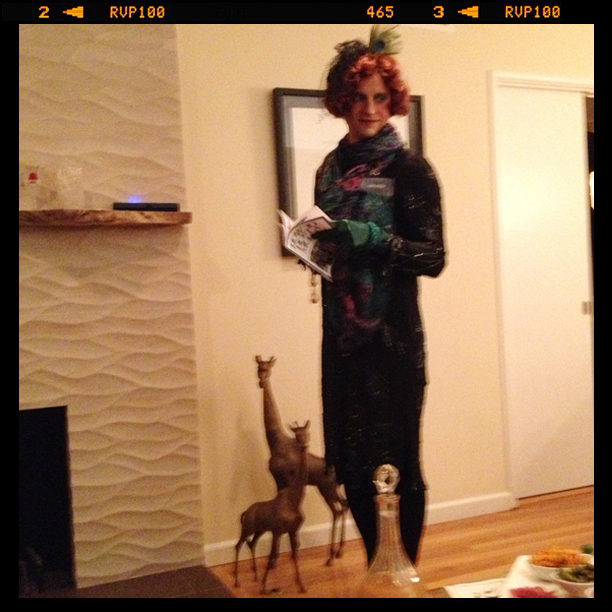 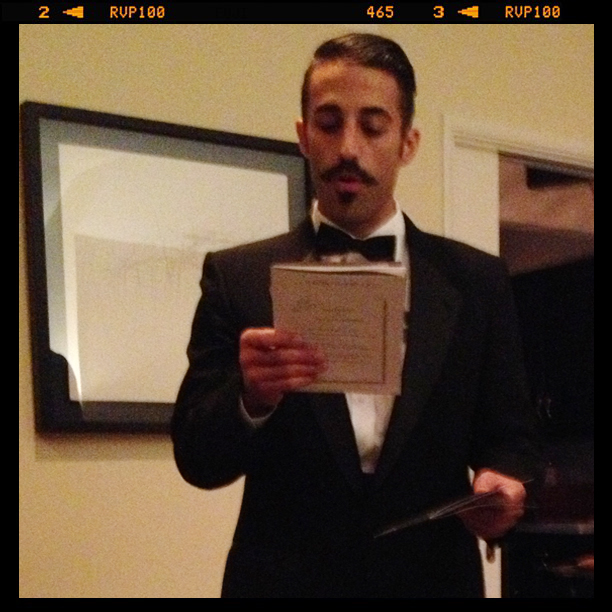 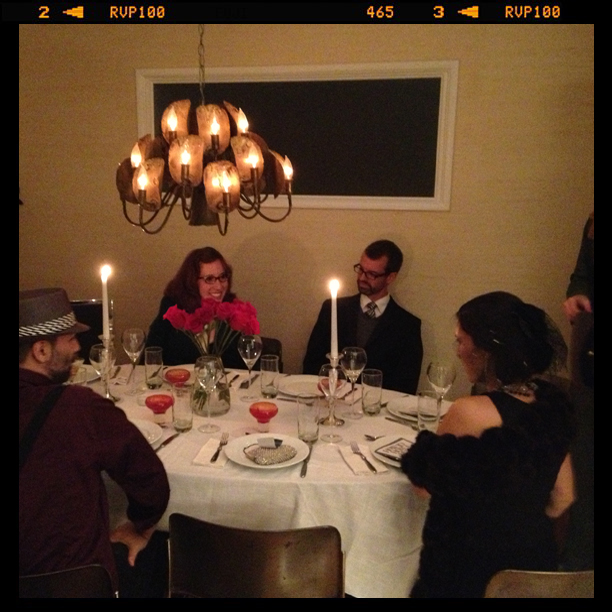 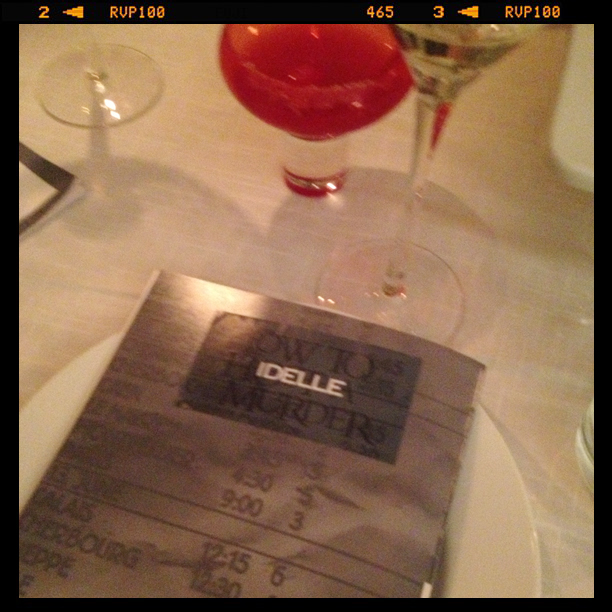 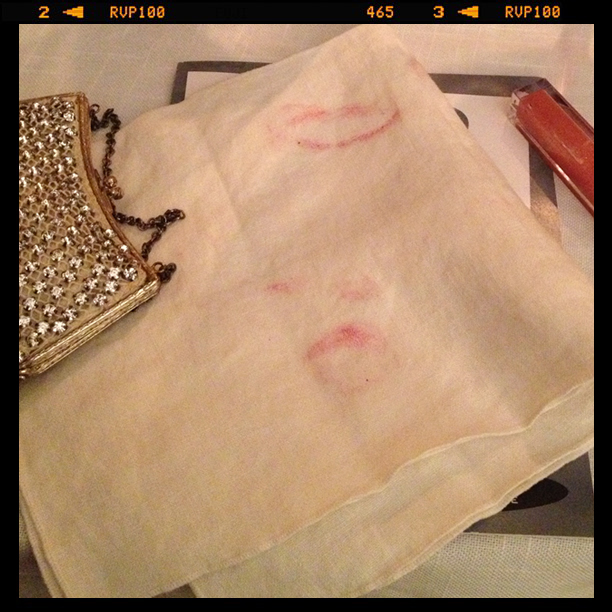 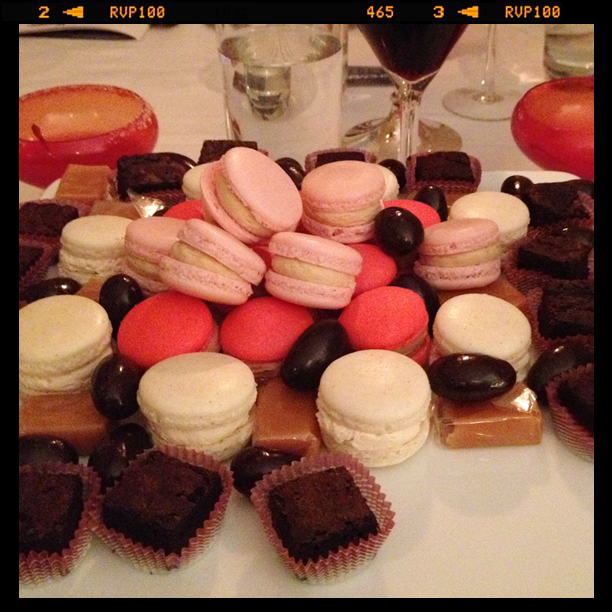 And if you’re wondering who dunnit… it was moi. I was the MUUUUUUURDERRRRRRAHHHH.

* Go to The Last Train From Paris Murder Mystery Dinner Party for more details on the game.

Greenery in the Master Bedroom