This is sponsored content from Sargento Foods. The opinions stated are my own. 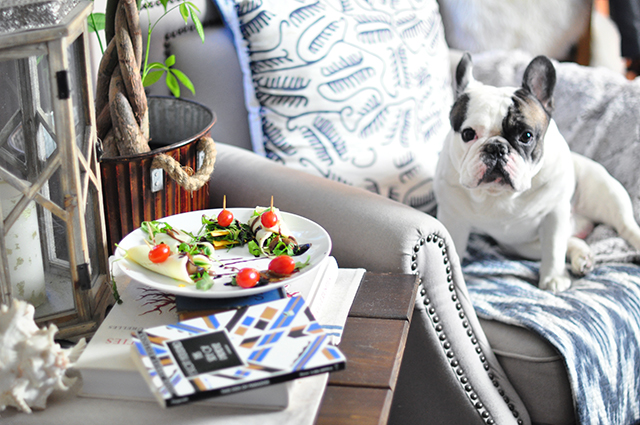 We all get those late night cravings… I used to be pretty good at ignoring them, but not so much anymore. When I found myself munching on chips and other junk food late at night, I decided that if I was indeed going to indulge in my late night snacking, I needed to find some better options. 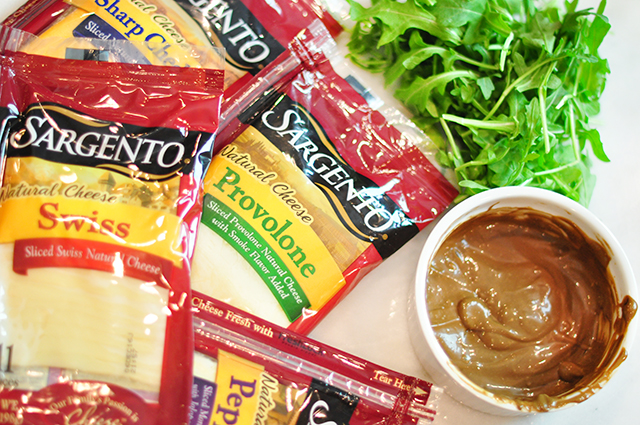 I usually reach for salty stuff late at night. Since I literally mix arugula into just about everything I eat, {because YUM!} as well as some form of mayo and balsamic glaze {which you’d probably know if you followed my snaps} I merged it all into one, creating a super quick and easy go-to late night snack that won’t have me feeling guilty after indulging.

You can use any type of Sargento Cheese Slices that you like, I tend to use a few different ones at night for variety, but my favorites are Swiss and provolone. If you’re not a fan of arugula, you can swap this superfood with spinach or mixed greens, but I like to pack in as many nutrients as possible so I can feel good about my late night choices.

Mixed with the protein in the cheese, and a little oil from the mayo, it’s kind of the perfect late night or anytime snack… but I warn you, it is messy! 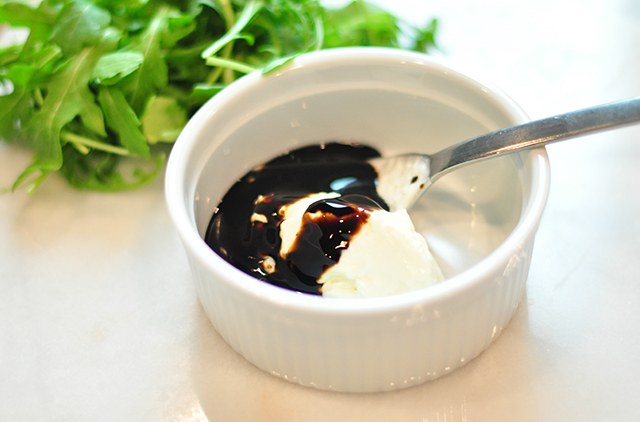 I LOVE these two flavors and together, they make the perfect salty and sweet dipping sauce that’s really good on just about anything.

To make it, you need a spoonful of mayo and as much of your favorite balsamic glaze you like. The more glaze you use, the thinner the sauce will be, so begin with about a tspn and add from there. 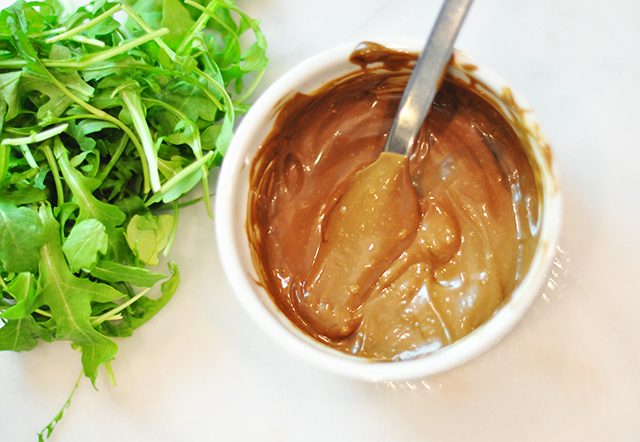 Quickly whisk it into a creamy and delicious sauce, or use a fork, like I do. 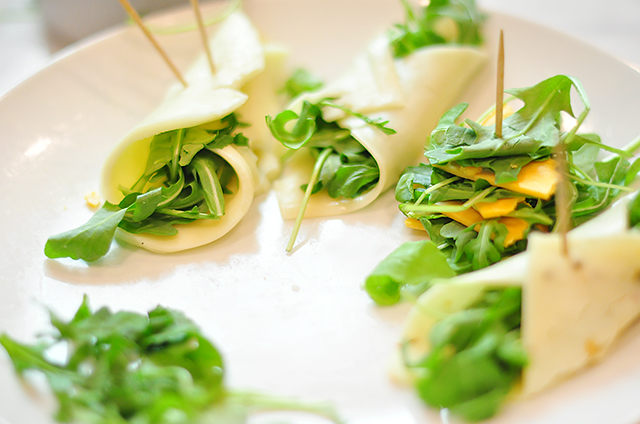 Quickly make your wraps by rolling your Sargento Cheese Slices around your greens. The Cheddar is the only one that doesn’t wrap as well, so instead, I break it into squares and layer my arugula in between almost like you would with cheese and crackers. 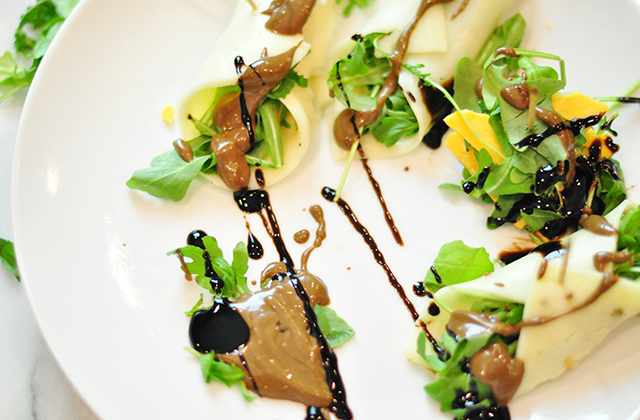 You may or may not need toothpicks to hold them together. Sometimes I do, sometimes I don’t, but I love topping them off with baby cherry tomatoes for an additional burst of flavor. 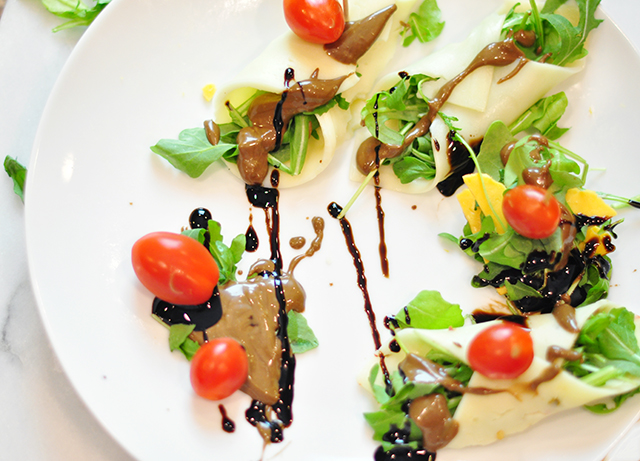 You can season it to taste, but between the delicious flavor of the Sargento Cheese Slices, the peppery arugula, the salty mayo, and a hint of sweet in the glaze, this late night snack is packing a major flavor punch! 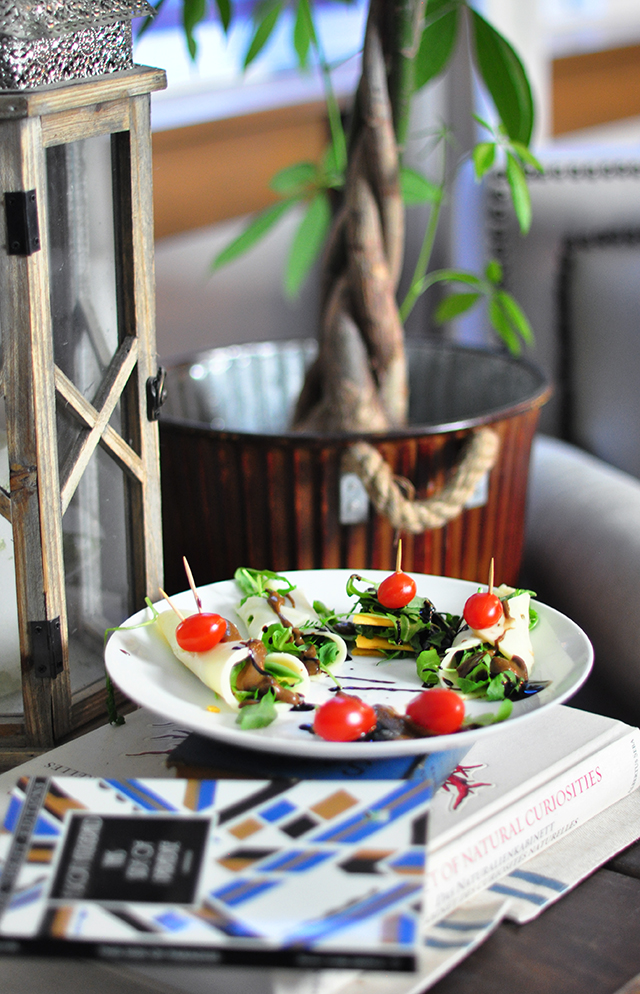 * Check out my favorite quick & easy breakfast snack that gets me through my busy mornings!

This is sponsored content from Sargento Foods. The opinions stated are my own.

I get quite a few emails from my lovely readers asking for a little fashion advice and while I usually just respond via email,…