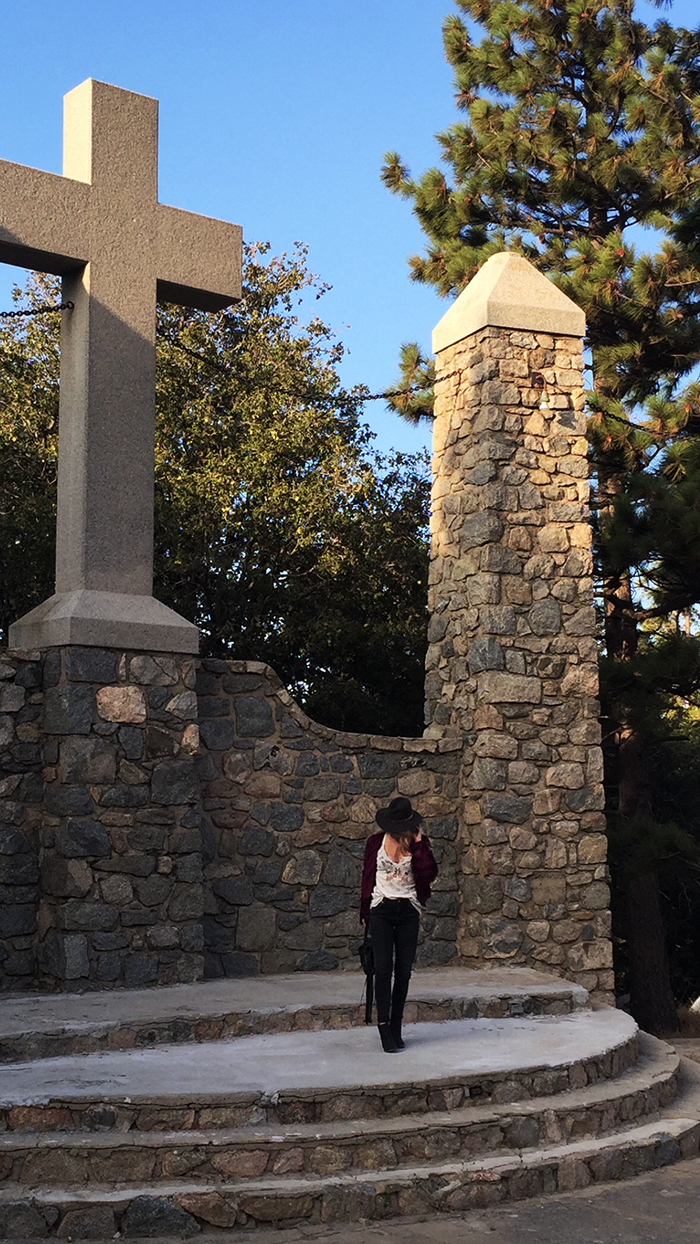 * Title: Depeche Mode – Personal Jesus… Feeling unknown And you’re all alone… Flesh and bone By the telephone… Lift up the receiver
I’ll make you a believer… 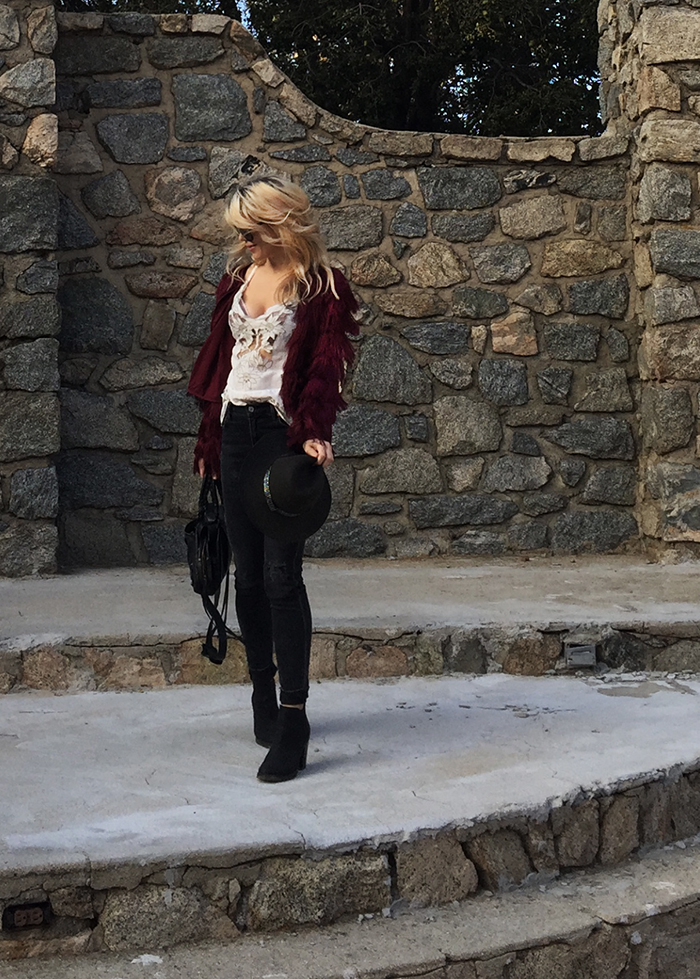 I had heard about the Pillars of God a few times before finally one day I called my mom and was like HEY MOM, WANNA GO ON A LITTLE ADVENTURE?! and she said sure and so we went.

But it actually WAS… thrilling, that is – well, kind of.

Because trying to find the Temple of Christ and the Pillars of God was more difficult than we had anticipated because trudging through the back mountain roads of Crestline is a little creepy if you’re not familiar with it. PLUS, I had heard super creepy things about the destination, so put two and two together, and you get a little spooked.

But we laughed through most of it.

I only wish I didn’t go into it fearful, because I would have gotten much more out of it had I been completely open to the experience.

When we finally arrived and saw the signs Welcome to Camp Mozumdar, we parked the car and as if from nowhere, a large dog appeared and greeted us by jumping up onto my driver door, planting his paws firmly on my window as if to say HI, WELCOME TO THIS CREEPY AF PLACE, I’LL BE YOUR TOUR GUIDE FOR THE AFTERNOON WHETHER YOU LIKE IT OR NOT.

NOW, I must admit, that as an owner of small, smashed faced dogs for the last twenty years or so, I have a slight fear of larger dogs with long snouts. It’s not that I’m actually afraid of them, it’s that I just don’t trust them to not take a bite out of my arm… that said, this dog was friendly, but also kind of wild, so I was a little bit on edge…

We got out of the car and the dog (whose name we’d later learn was Coco) led the way. He walked us down to the main temple and literally showed us around. I caught him nibbling at my fringe jacket and then playfully trying to bite my mom, and it sent me into a bit of a panic… Here we were, in the middle of nowhere, at a creepy old abandoned temple, which I’d heard held cult-like gatherings, with a dog that from my perspective at that moment, was leading us to our certain and untimely death.

We shot a few photos on the back side of the temple (which I didn’t use here because they turned out crappy) and as we walked around the outer deck to the other side, a man with squinted eyes slowly appeared from an open door.

My heart immediately started pounding, though to be honest, I was already anxious about the dog and even though by the looks of him, this man was simply a painter, working to restore the building, he startled me and creeped me out. I was very stand-offish with him, but my mom on the other hand, was like overly friendly (which is normal for her) but this man moved so slowly and spoke so quietly and acted so strangely that I was still completely on edge. It was now that I WAS SURE we were going to die…

My mom started asking questions, clearly unafraid of anything at all, and even asked if we could go in and look around. And like I said earlier, had I been unafraid, I would have DEFINITELY wanted to go in and walk around, but as she asked and he answered “sure” I immediately imagined the door slamming and locking behind us, trapping us in there for eternity, subject to all kinds of torment and abuse.

I think at this point my mom could see my fear and I was also probably like UHHHH NO, IT’S OKAY, WE’RE JUST GOING TO SHOOT SOME PHOTOS… but really, I totally wanted to go in and see it and really, the man was most probably harmless and just wondering why too cray cray blondes were up in his business trying to take photos.

We asked where the Pillars were, but soon realized that Coco would ultimately show us the way and join us on any adventure we had planned for the day.

Once we finally made it to our destination, I had relaxed and the sun was setting beautifully over the tree-line mountains behind the pillars to give us a spectacular view. It was an incredible sight and Coco followed us around for a while then took a spot behind my car to watch the the surrounding areas. He was so alert, it was almost as if he was guarding and protecting us from something “beyond” and it was then that I had realized that my fear had determined my entire experience and I suddenly felt robbed of what could have been a much greater and possibly enlightening one.

So ultimately I’m glad I couldn’t use any of the photos we took from the Temple because now I have a perfect excuse to return in a less fearful state of mind and with a little more faith.

But if you never hear from me again, you know where I’m being held hostage 😉 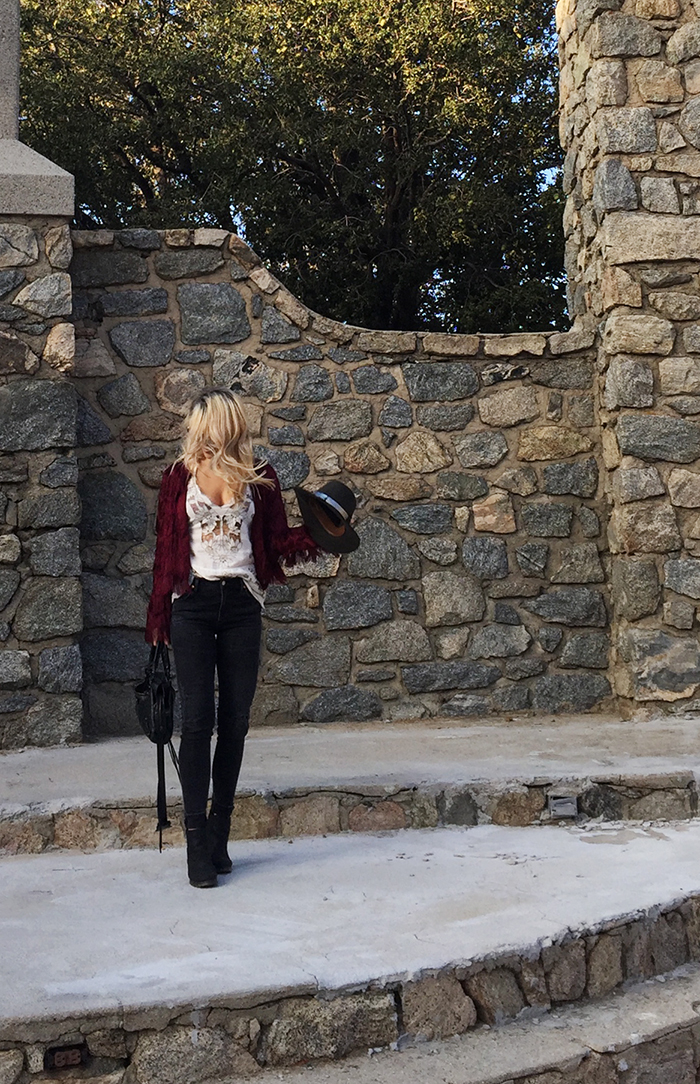 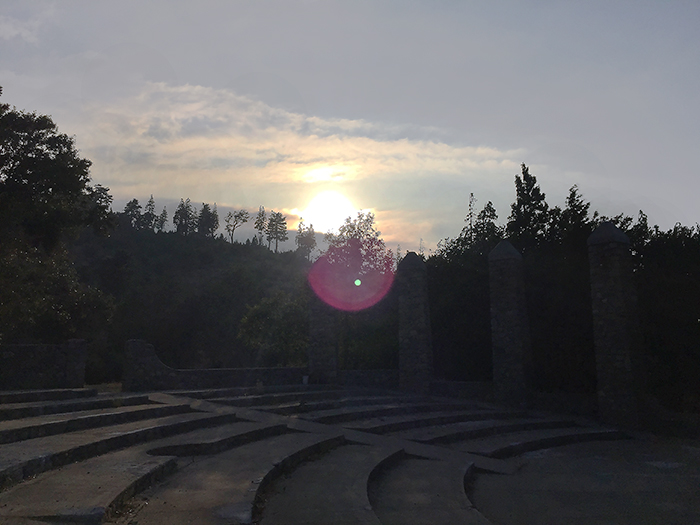 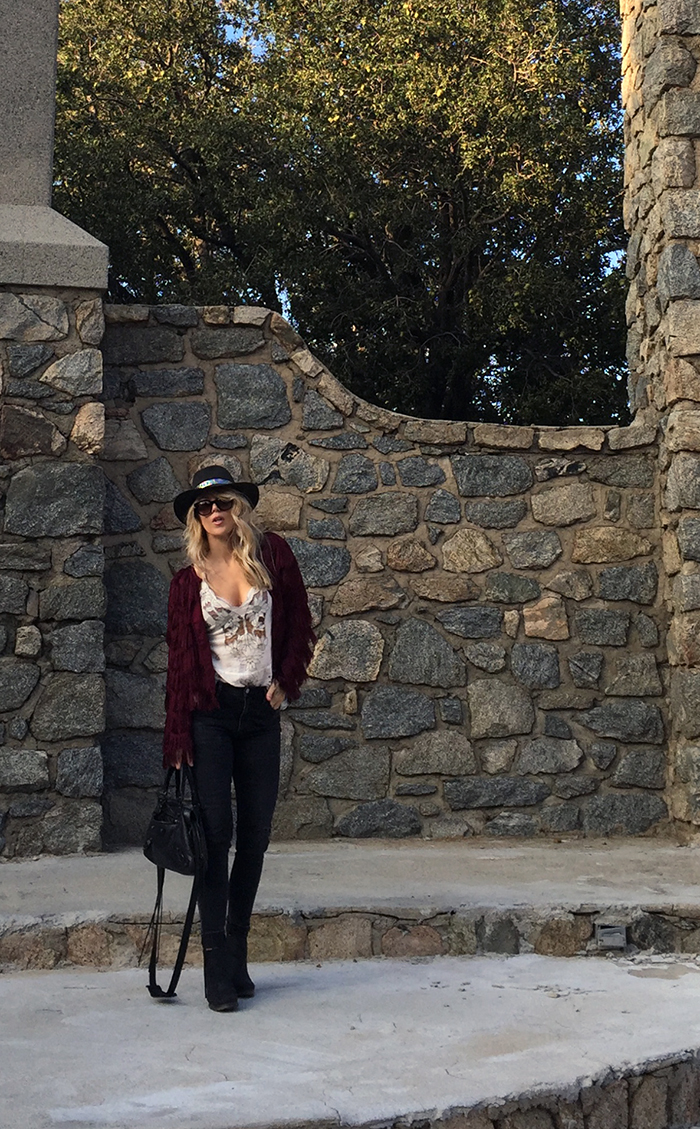 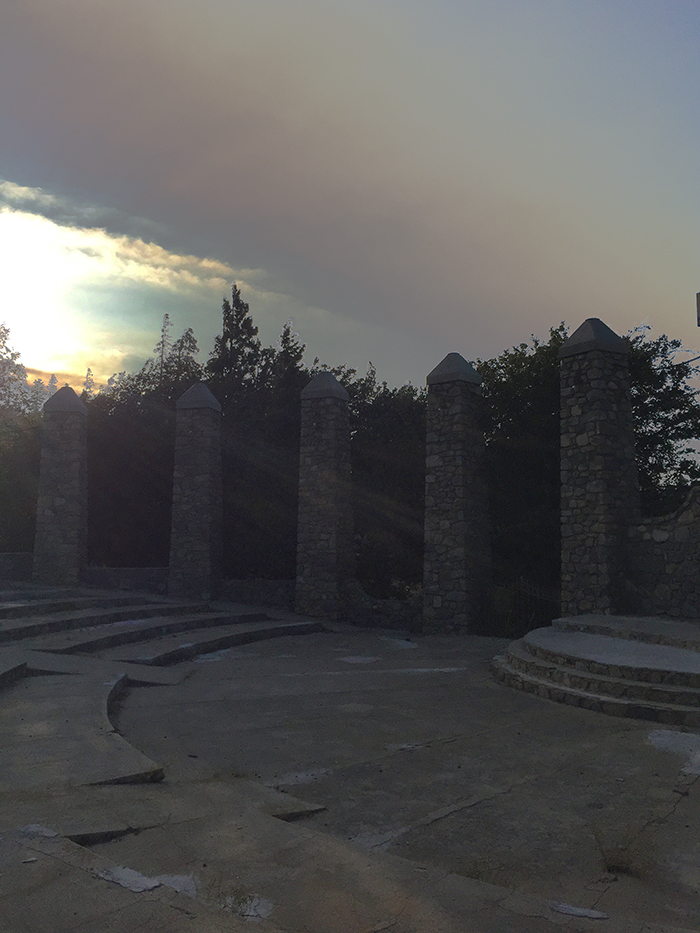 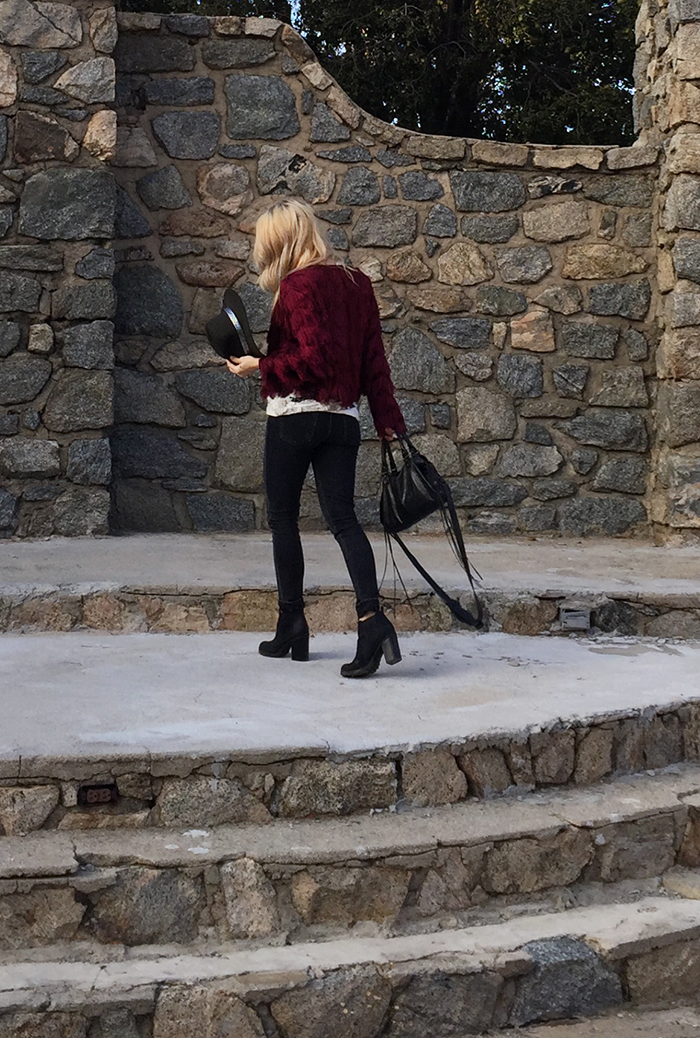 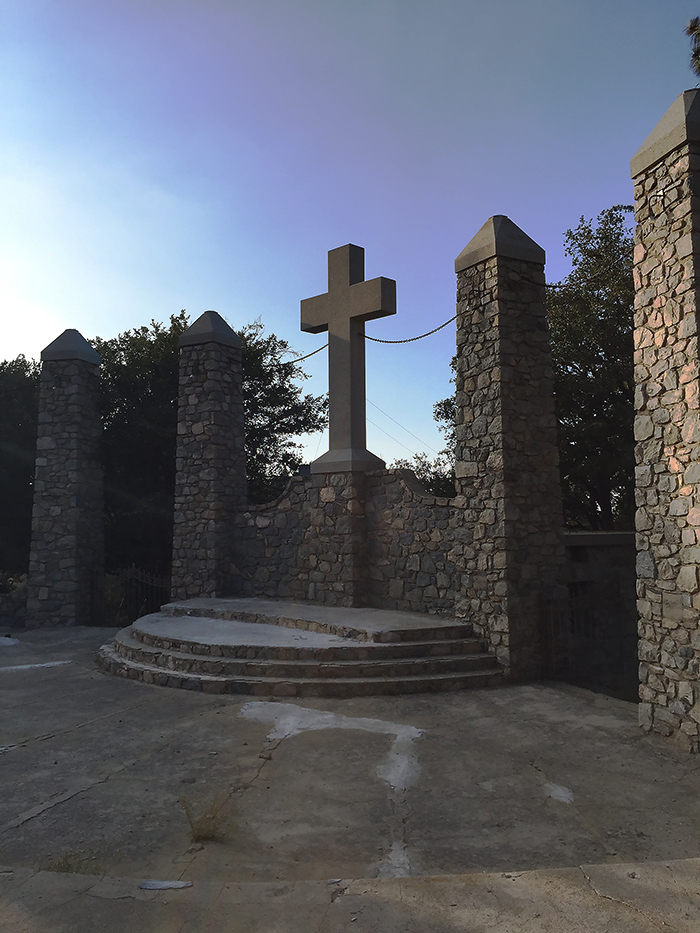 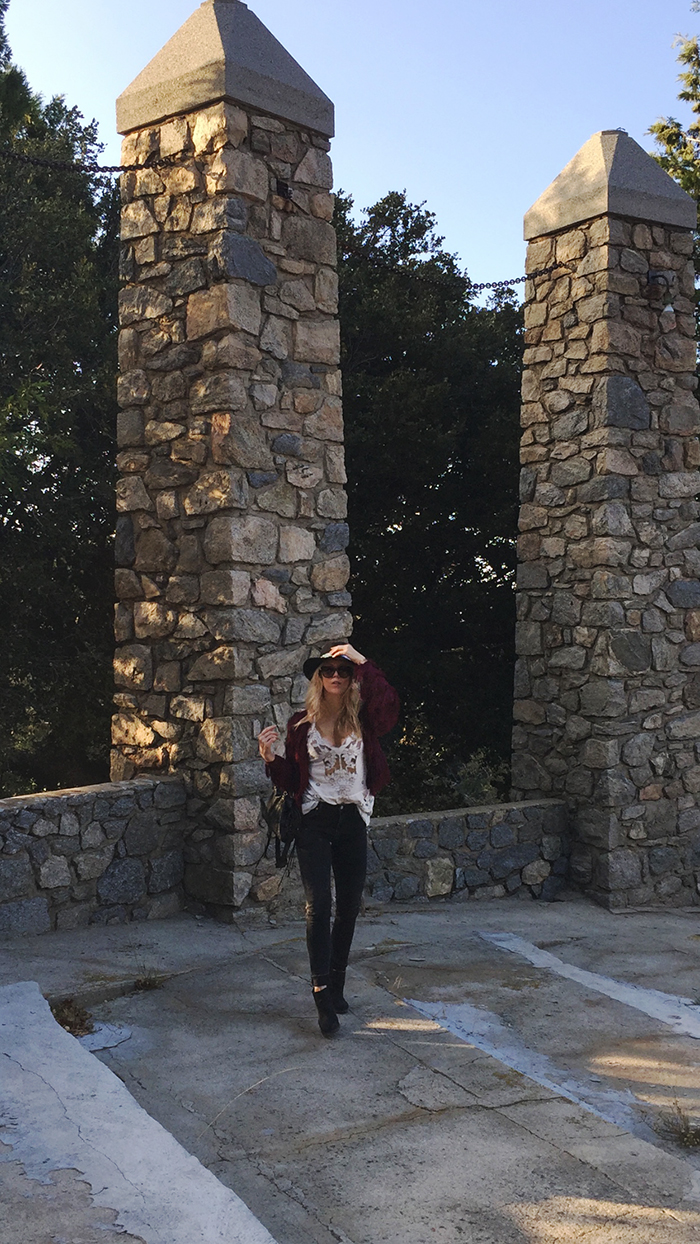 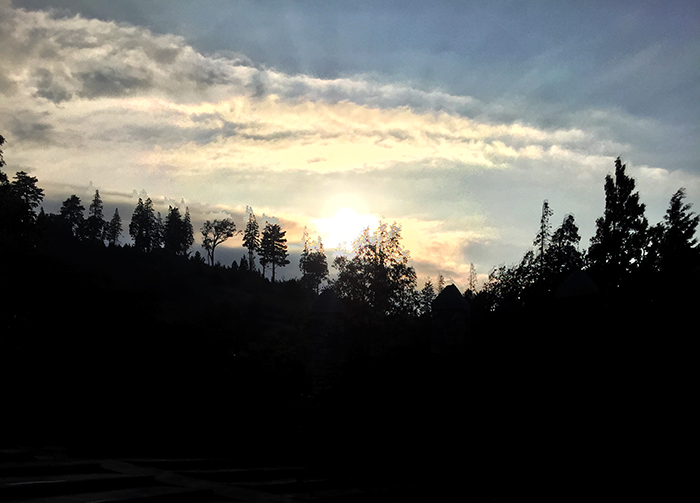 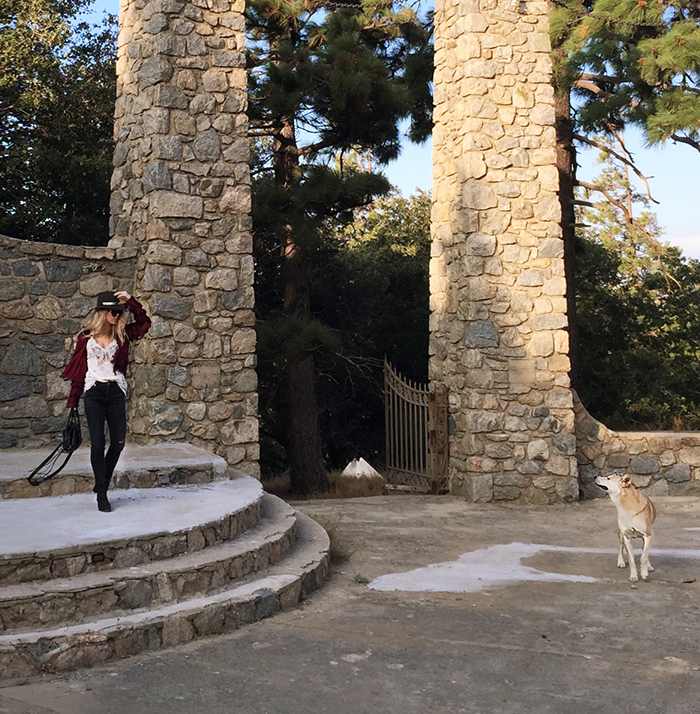 Happy New Year Lovecats! I hope the start of your year has been fabulous! Mine has been a little rocky, but it just feels…