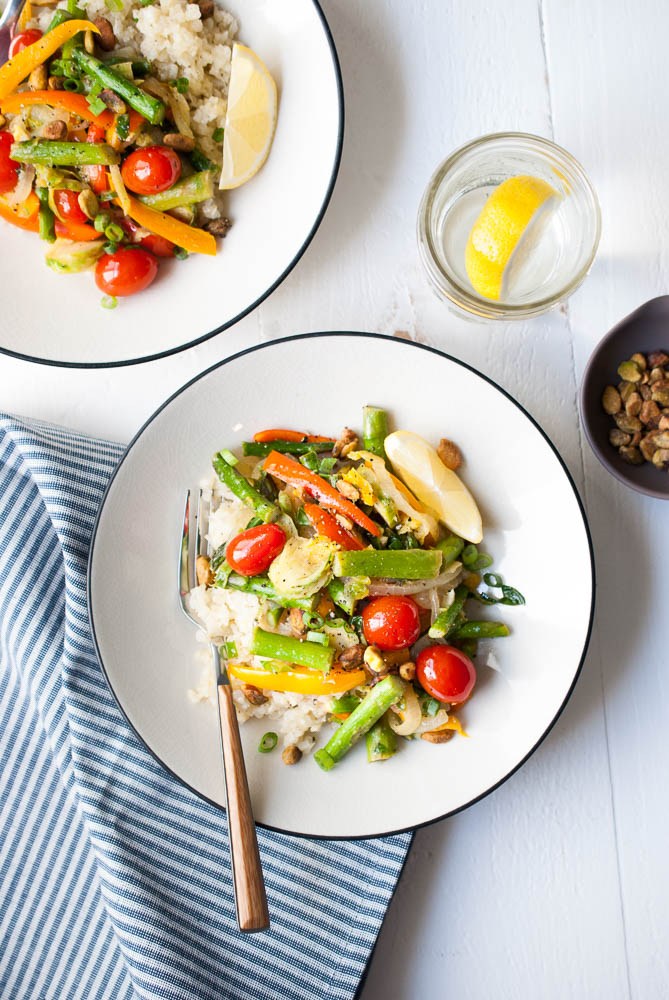 * Recipe by guest contributor Laney Schwartz, creator of Life is But a Dish

Except it feels and tastes like veggies and veggies on rice! Cauliflower rice!! Cauliflower Rice Stir Fry and I’m OBSESSED. 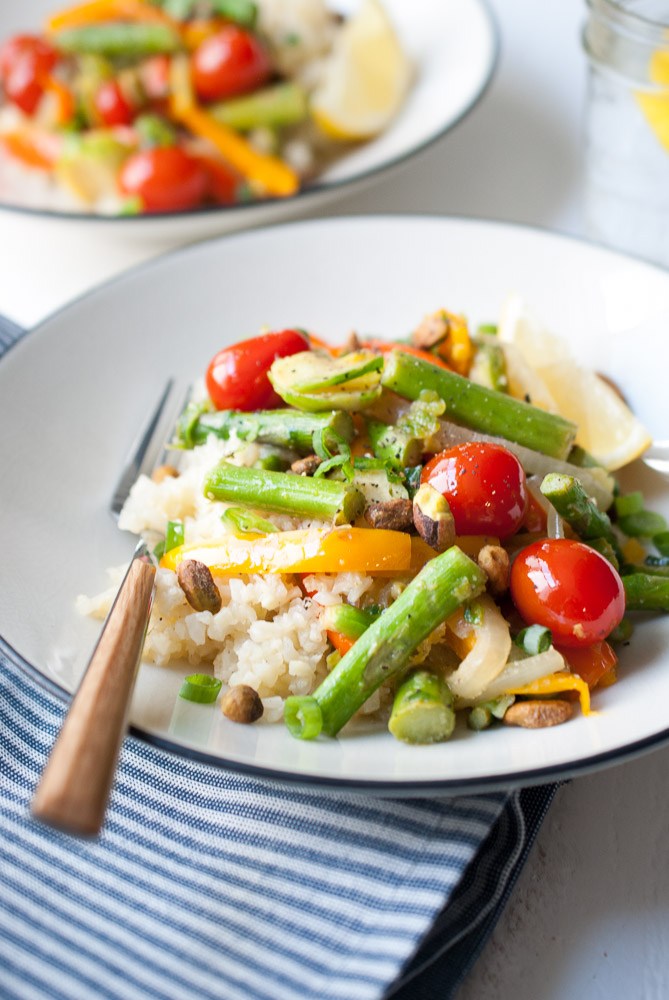 Guys, have you tried cauliflower rice? It’s the new thing. Everybody’s doing it. Trader Joe’s is now selling frozen AND fresh bags of it! I just can’t handle my excitement.

Last week I went to the store and pretty much bought all the veggies. 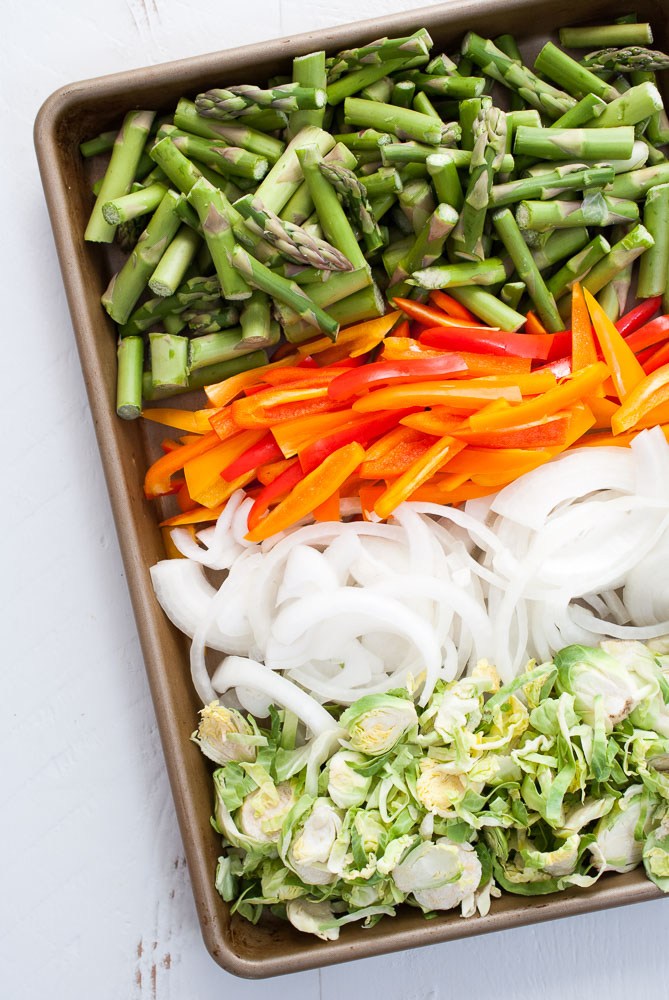 Which was okay, because I made this concoction and it’s so good and so flavorful and so satisfying! And totally versatile! Throw in whatever veggies you want! It’s one of those clean out your fridge type meals, which are always the best in my house.

I’ve already made this twice since last week, and it makes a ton, so lunch is covered. I’m into it. 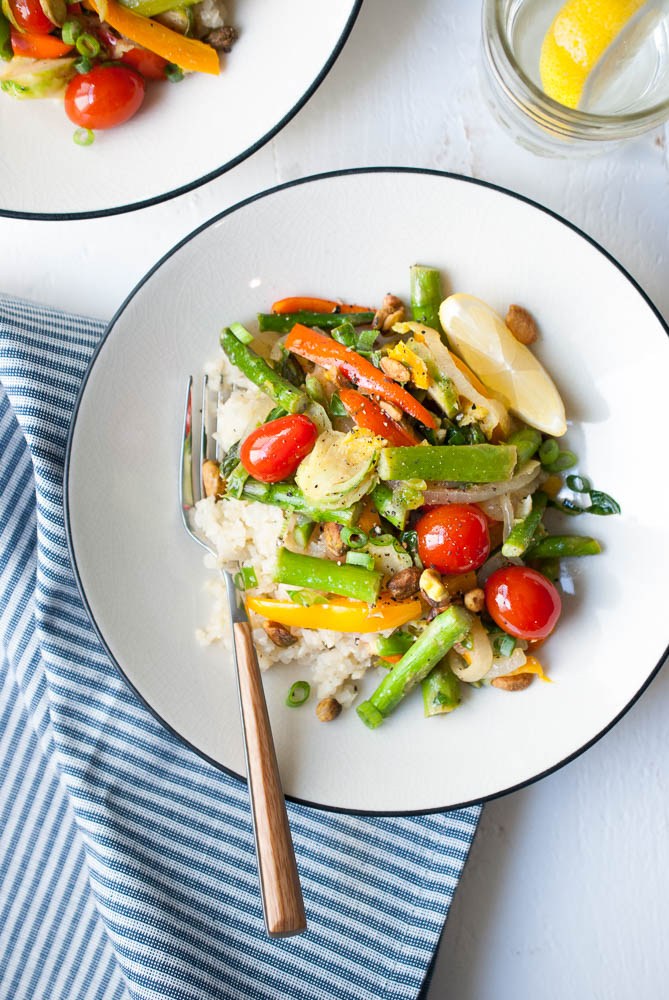 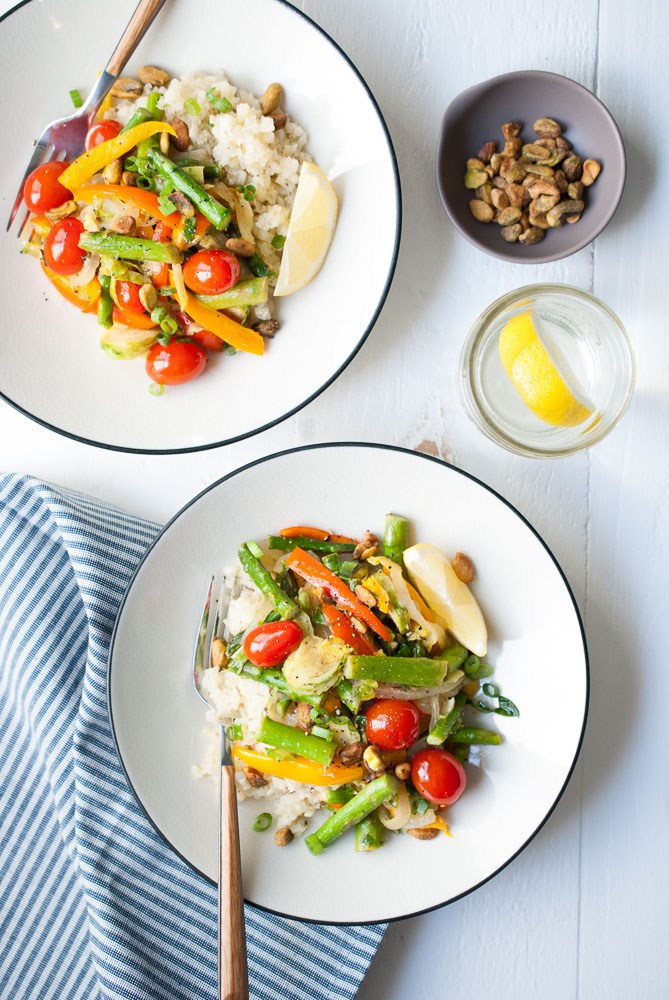 Click through for the full recipe: Cauliflower Rice Stir Fry

You can thank me later.

Hi, I'm Laney! Home cook, mom, wife, workout junkie, and ultra crazy food lover! Creator of Life is but a Dish - a space where you will get a sneak peek into my world which mainly consists of food, family, and friends. Join me on this wonderful journey called life, one dish at a time. Find me on Instagram at lifeisbutadish

I am clearly a day, week, month late on posting these cute Easter desserts in their little basket stands, but in all honesty, I…