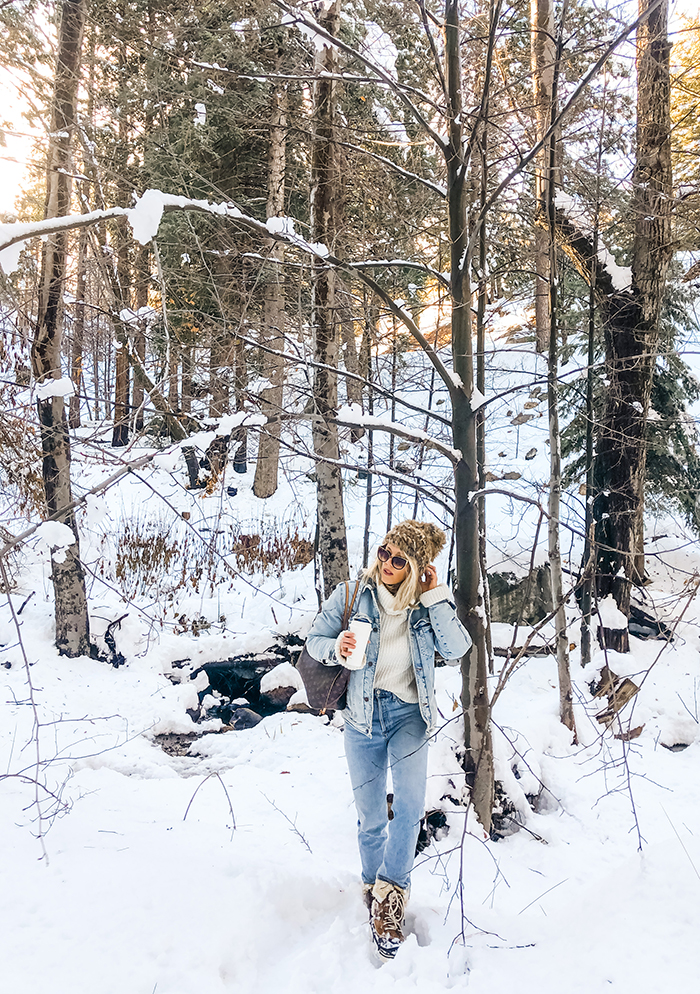 * Chad’s denim jacket from Hollister which I always steal 🙂 …most recently seen with my pink dress at the beginning of fall.
* Vintage-inspired Jeans from AGolde … also seen here …most similar denim style here
* Ivory oversized cropped turtleneck sweater (ancient) recently seen here (I’m wearing this on heavy rotation lately)
* Furry beanie (ancient)
* Snow boots from Crocs (years ago – I linked to their most similar pair) but they look more like the classic Sorel’s to me… worn with my boot chains – number one thing I recommend for winter/snow days!
* Louis Vuitton Neverful I found on Bag Borrow or Steal
* Barton Perreira sunglasses (a few years old – still love)

* Title: Justin Bieber – Anyone… Dance with me under the diamonds… See me like breath in the cold… Sleep with me here in the silence… Come kiss me, silver and gold – if it’s not you, it’s not anyone 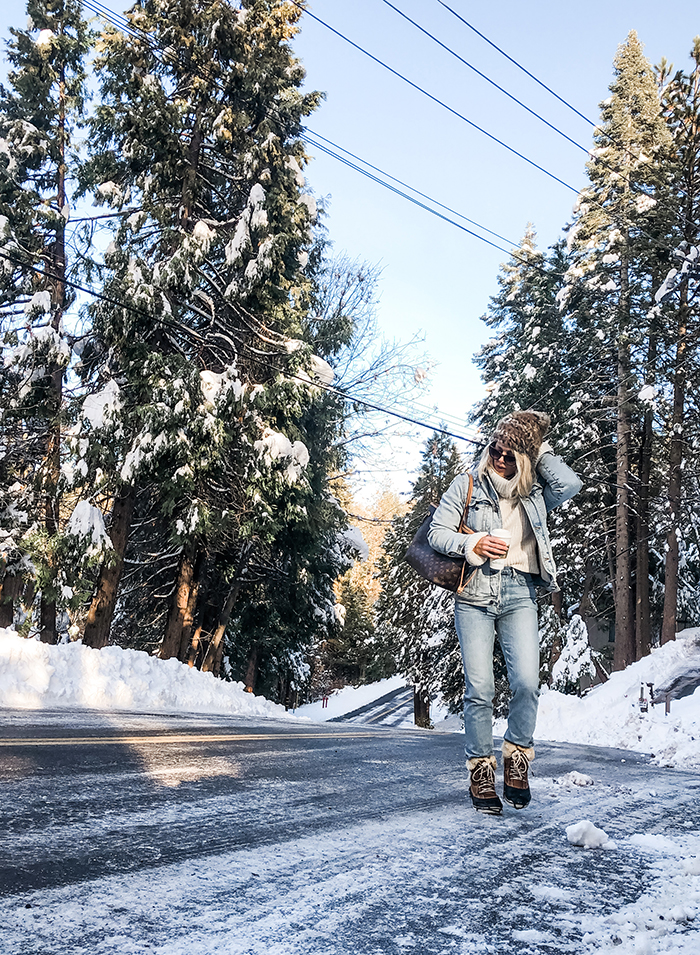 We got a massive amount of snow last Monday and though it has pretty much fallen from all the trees now, there is still a thick layer blanketing the surrounding areas and it’s beautiful… when you don’t have to drive in it, that is. The roads were a mess and there were a million people up here celebrating the holidays, which is scary during COVid. I wonder why people are still traveling… risking spreading this illness? Especially with cases skyrocketing in Los Angeles (and being the closest snowy vacay destination to LA) isn’t helping our secluded little safety net we once sort of had up here. 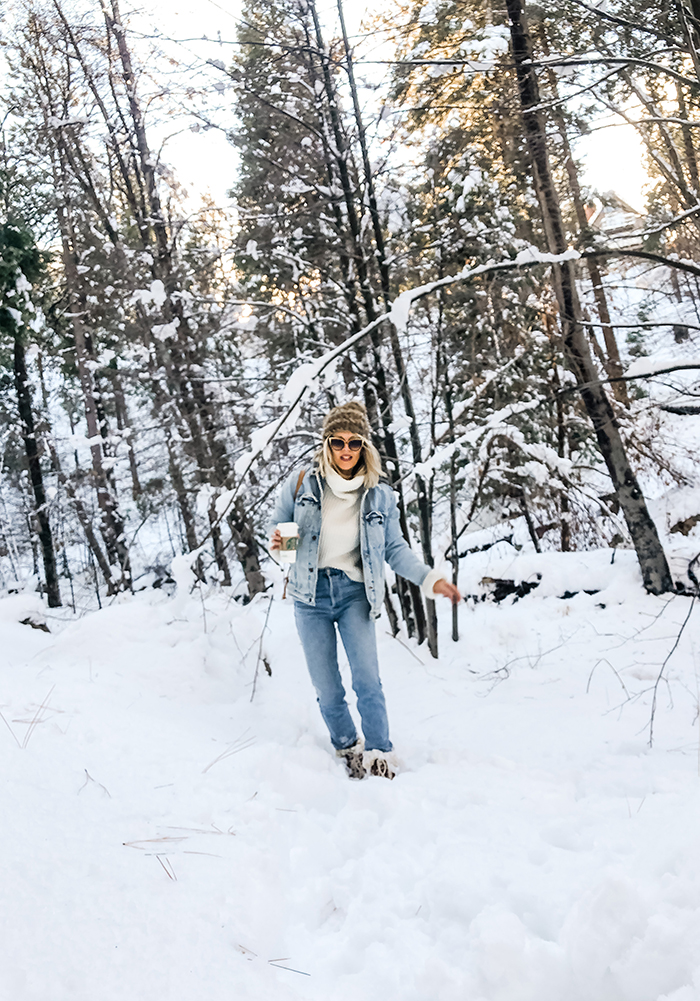 In other news… I am excited to announce, though it’s not actually an announcement at all, that I’ve started shooting my own outfit photos again and it’s totally liberating!

I know that sounds funny but way back in the early days, but after the leg up shots at the gallery, when I became courageous enough to pull over on the side of the road on my way to or from work and set my little canon powershot camera up on my car with the timer and run around shooting my own outfits, it took my photos to a new level. Then in 2011 I finally got a Nikon DSLR with a 55mm lens that REALLY took my outfit photos to an incredible level (I mean, for me anyway, lol) but was impossible to shoot myself because it could never find me and everything I shot was blurry.

My brother shot a few of my early outfits with that camera for me, then my now ex-husband (which was mostly a nightmare), then my mom (who became a total pro!), and Chad has been shooting this last year since we moved in together. He’s very good and creative with the lens, but to be honest, being able to shoot my own photos makes it ten million times easier to get them done and I’m 100% more motivated to shoot more now.

Why? Well, first of all, I am not good at asking for help. I constantly feel like a burden, so shooting my own photos feels empowering in more ways than one. Second, when you need assistance and ask people for favors, you also have to wait for them to be available and sometimes I just need to do it NOW. But my mom and I have had so many hilarious “adventures” shooting my outfits these last few years, that I’ll probably still ask her (and Chad) on occasion to help out. But for now, I’m super excited to go shoot on my own again.

Since I brought all my tripods to my new office, I had to get creative the other day when I wanted to shoot and found a little crate to use as a stand and a candle to rest my iPhone on. The snow was DEEP here, but just across the street from my house, so it wasn’t an issue, but running back and forth in the snow to set the timer and get “the shot” was a laugh out loud experience!

For all the good, there is some bad… because I’m shooting with my iPhone and while it takes great photos of scenery (better detail than my Nikon actually) it doesn’t have the best detail with the human form, specifically skin texture… which is good because with the grain, I lose some lines on my face, and that’s always a bonus 😉 but it’s also less realistic (sorry). But it’s perfect for snow days and sunsets and vast views and may not be so great for all the outfits in between that don’t have beautiful backdrops…

So OH WELL, the quality isn’t AS great, but I think the benefits far outweigh the slightly poorer quality because I’ll be able to shoot more frequently, edit quicker on my phone, and ultimately share more (like I used to) and the whole process of finding a spot, pulling over in my car, setting my phone on my car (or tripod) and running to take photos reminds me of my early days blogging and shooting outfits and makes me smile and giggle all along the way.

Honesly, the best part is that it feels so empowering… and I know that it sounds silly, but it’s surprisingly liberating. I’m not sure why it took me so long to just DO IT MYSELF because you know, DIY is my thing 😉 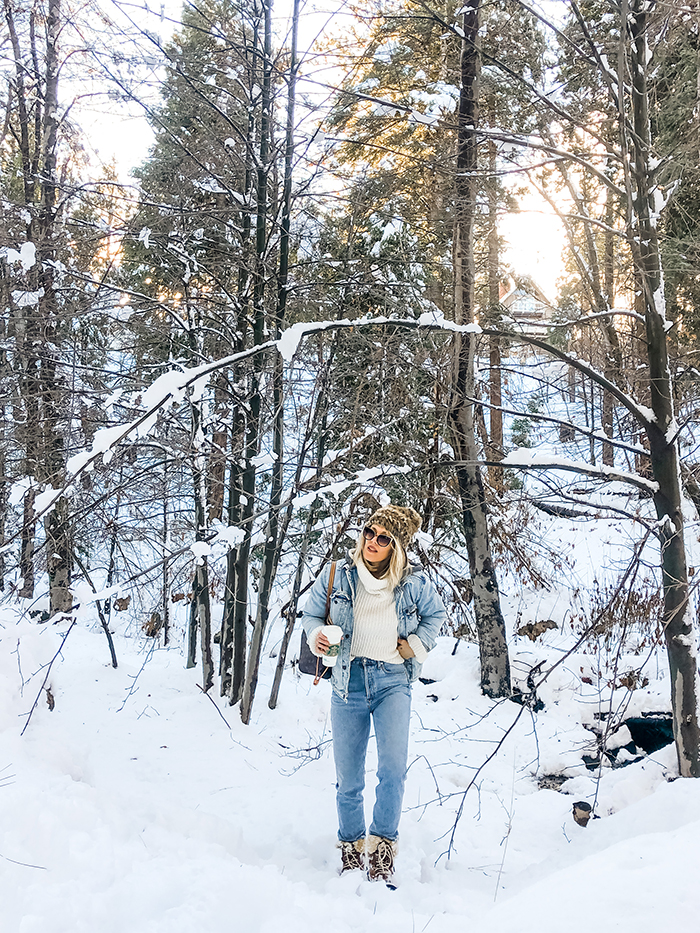 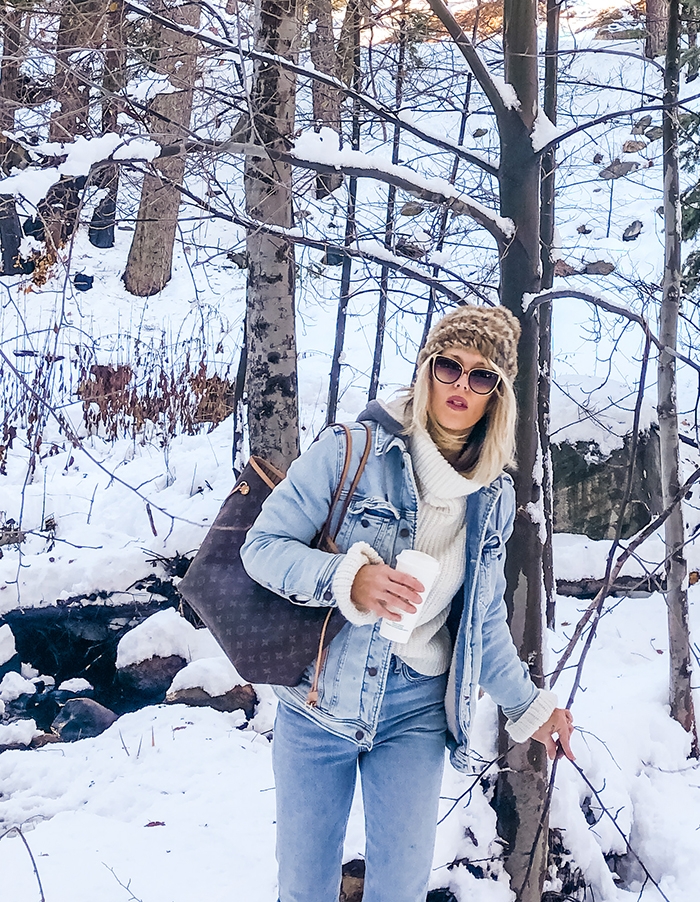 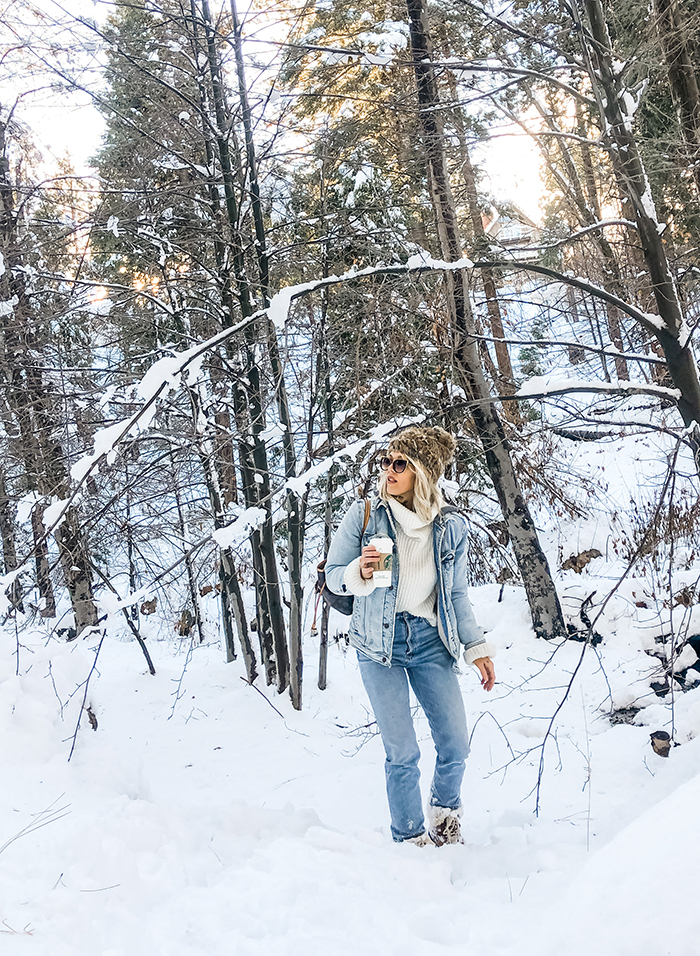 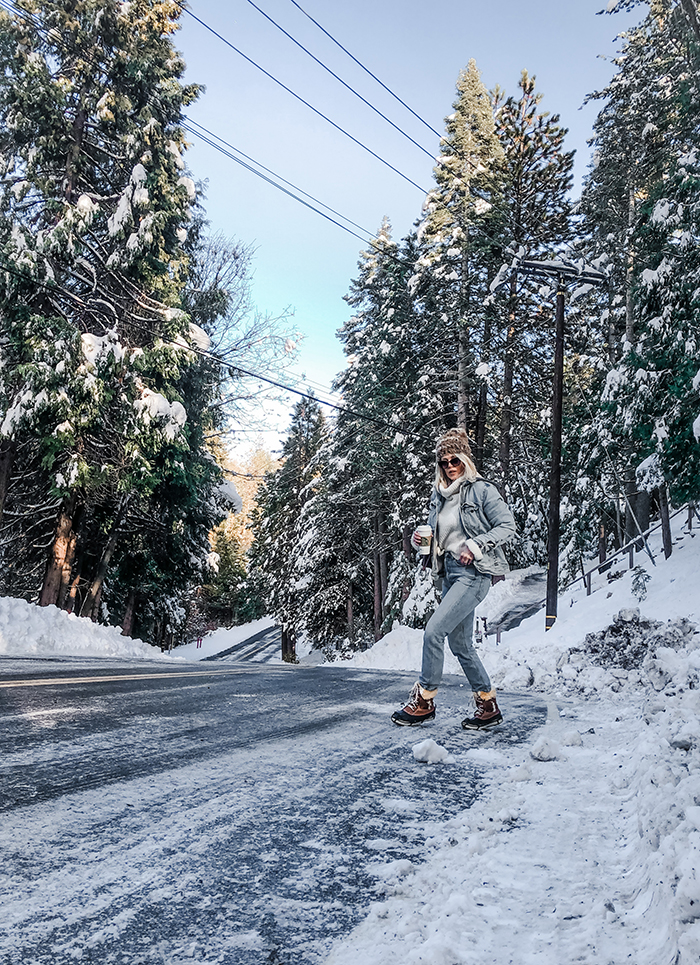 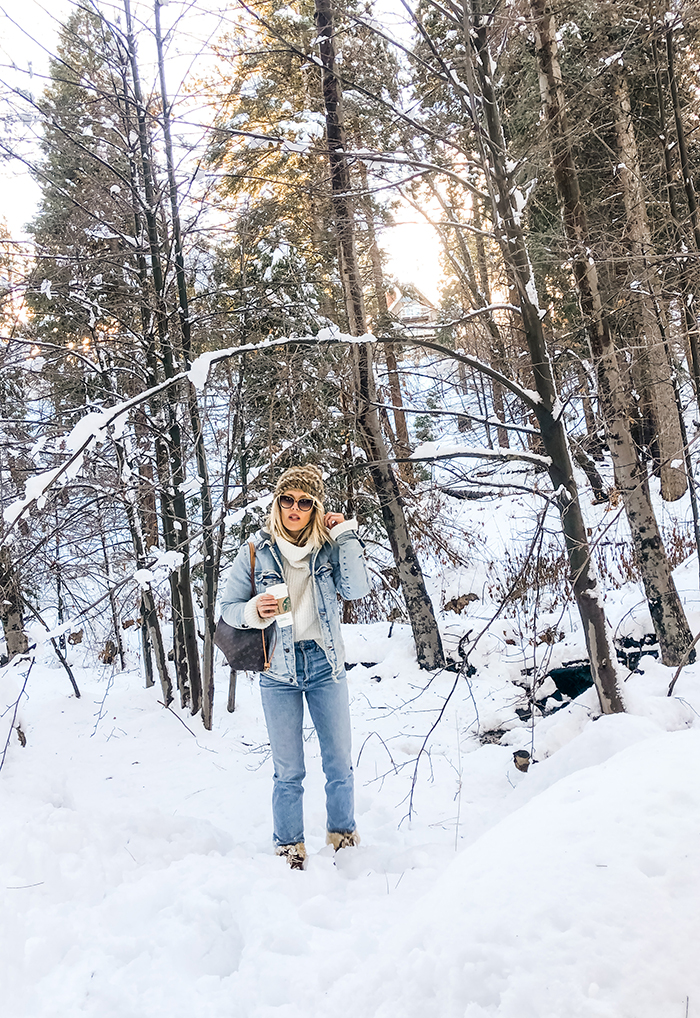 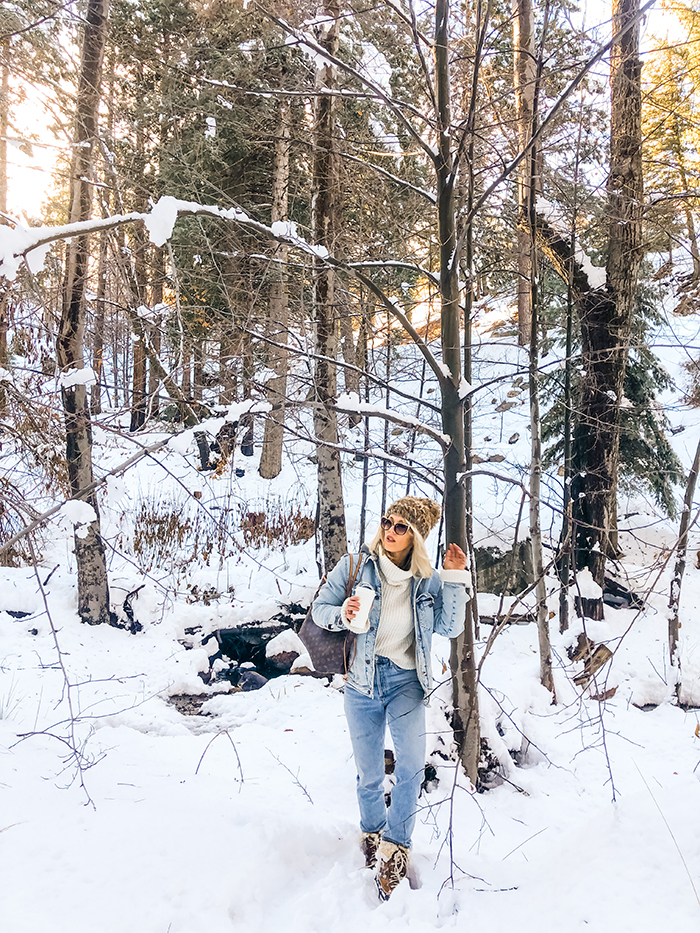 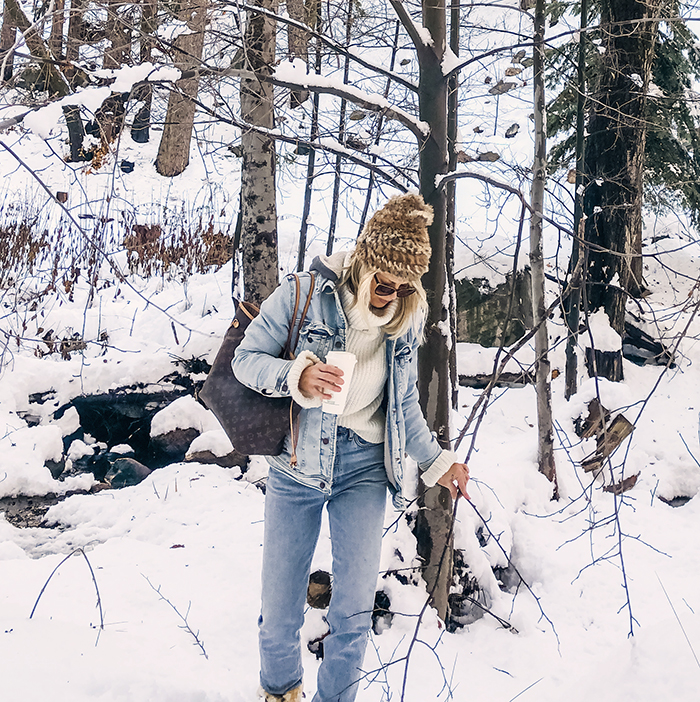 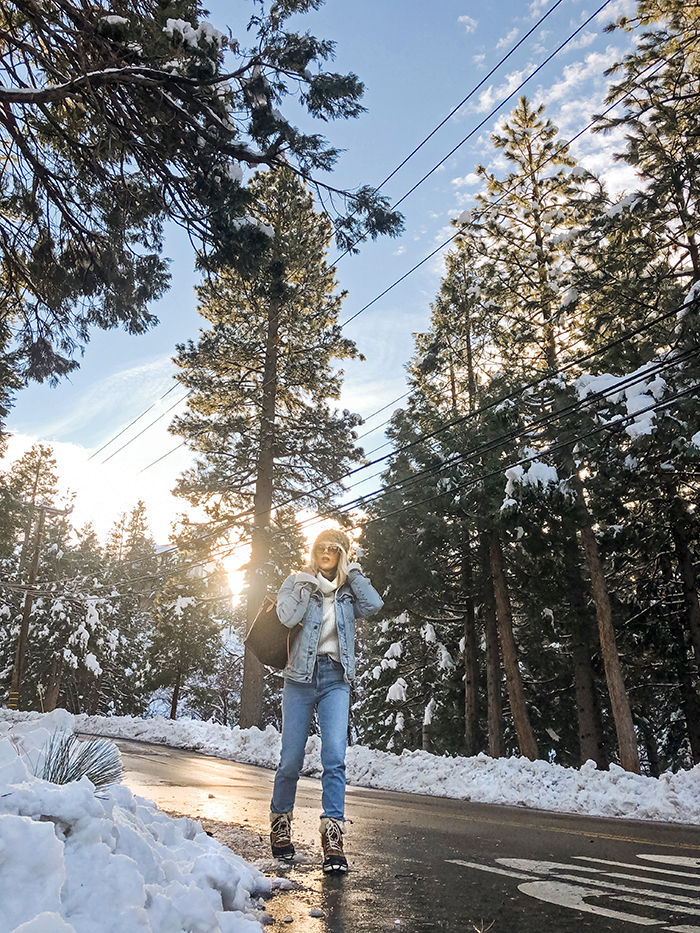 * Find all my Style posts here

No I’m not planning a wedding, but the adorable wedding style and inspiration blog Two Little Owls in Love included my watermelon pink Manolo…