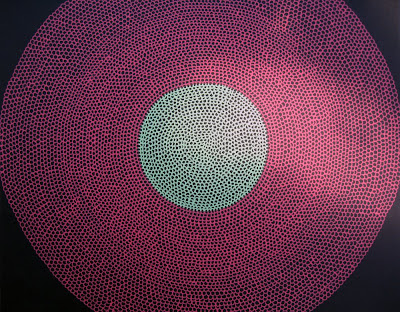 July 4th 2000, a month after my 24th birthday, my then boyfriend and I had just moved in together and threw a “White Trash 4th of July” housewarming party …where at the end of the night, talking with some friends, the conversation turned to panic and anxiety disorders …and how this young girl {maybe a year or two older than I was} had been struggling with them for a while now. And confused by it, I just sort of tilted my head and nodded, trying to be compassionate …but really, this was really the first I had heard of anything like that and since I had never felt it, I couldn’t comprehend it for one second.

Not a month later, after my morning ritual of an ice-blended mocha from Lily outside the Canyon Country Store and about 6 cigarettes in, we left for a fairly normal trip to down-town LA to pick up supplies for the business …{there’s a lot of back story here that I don’t really want to get into so for the sake of my present life, I’m just going to be a bit vague}…

We made our way down the canyon and just as we crossed Sunset I started feeling nauseous. We pulled over as I thought I was going to hurl but then nothing …so we continued on our trip. At that point, though, I regretted not turning the car around and going back home because I thought I was going to be sick for the rest of the day. I made it to a Ralphs grocery store and ran to the bathroom …where again, I thought I was going to be sick …but nothing. But as soon as I tried leaving the bathroom, the sickness would return. Needless to say, the rest of the trip was an ongoing battle of holding back vomit …when in actuality, I wasn’t physically sick at all. I was battling something mentally that I wasn’t admitting and my body finally had had enough.

I didn’t know at the time it was mental. No matter how many people told me it was “all in my head” the fact that my body was responding physically to it and literally making me ill, was confusing to say the least. It felt a bit similar to how Bill Murray describes it in this clip from the movie What About Bob minus the germ part.

I found solace in drawing circles …entire pages of circles. It moved on to leaves and squares and stairs and really any shapes that I could fill an entire 8-1/2 x 11 sheet of paper with. I started many that I never finished but I definitely felt a sense of calm in the midst of crazy and accomplished when I finished.

It wasn’t until 2004 when I noticed my circle drawings becoming more colorful and I realized I wasn’t doing them for the same reason anymore …I could see the light at the end of the tunnel. This isn’t the full story …but it’s definitely the beginning

Here are just a few of the many I created. . . the more creative less insane looking ones …lol 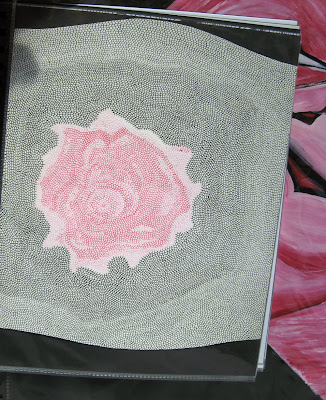 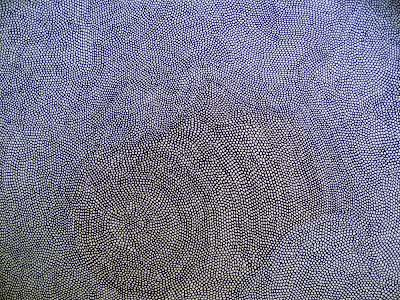 …a close-up of a blue one 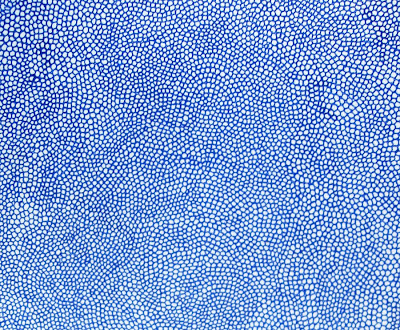 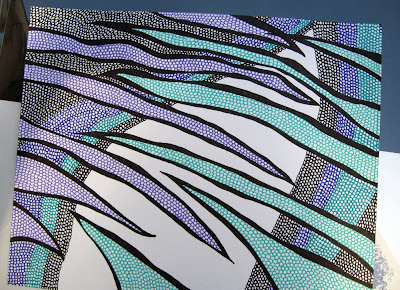 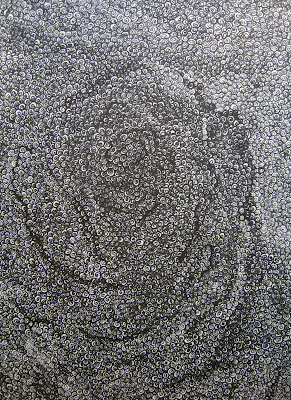 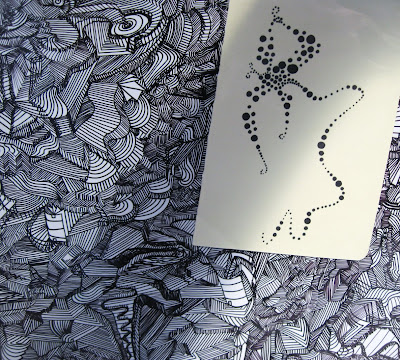 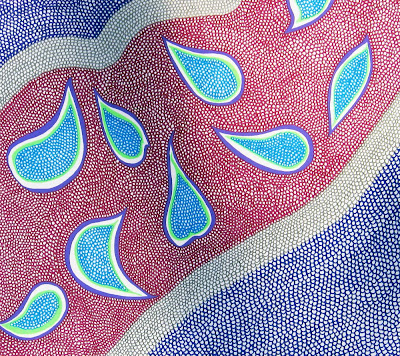 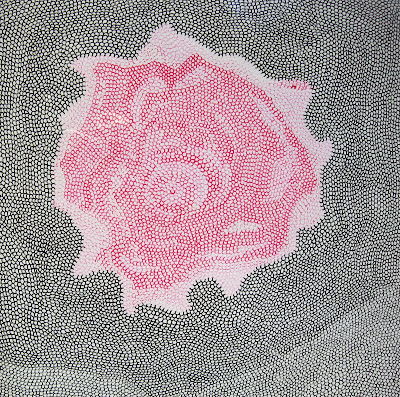 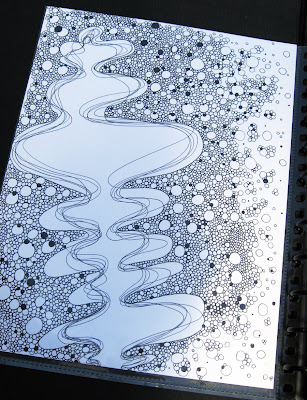 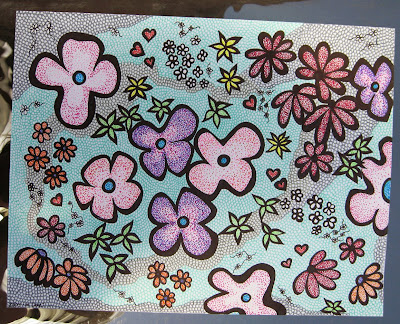 This was one of the last ones I did. It was when I realized I was in love with Pep in Spring of 2004. {you can click to enlarge them but I think you get the picture}

Over the last week or so, we’ve successfully moved into our new house up in Lake Arrowhead and have been furiously unpacking boxes and…